Yesterday afternoon, we received a call from the village of Kafr Qaddum asking for our intervention because the Israeli soldiers had stormed the village and erected a flying checkpoint. 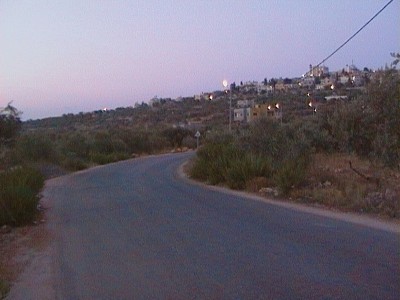 On the road to the village we got another call saying soldiers had left, but we decided to reach Kafr Qaddum to take some pictures and report what had happened.

We met one of the organizers of the Popular Committee who told us that at 2,30 pm, three Israeli army jeeps full of soldiers coming from the East, crossed the village and erected a flying checkpoint at the West entrance.

“To be honest that’s the alternative entrance – he says- as the historical and real access to Kafr Qaddum (whose name means “ancient agricultural village”) is  the main road where Palestinians are denied access because of the Quedumim settlement.”

They stopped all cars, checking the people’s IDs and questioning them with the intention to intimidate and ask information about the shebabs involved in the protests. Some of the people were taken into the jeeps before being questioned.

After one hour the soldiers left and then residents held a demonstration to protest the army harassment. The army immediately arrived again but could not invade the village as youths had set up burning tires barricades across the road. During the demonstration, confrontations erupted and soldiers shot large amounts of tear gas canisters in all directions directly at the protesters. 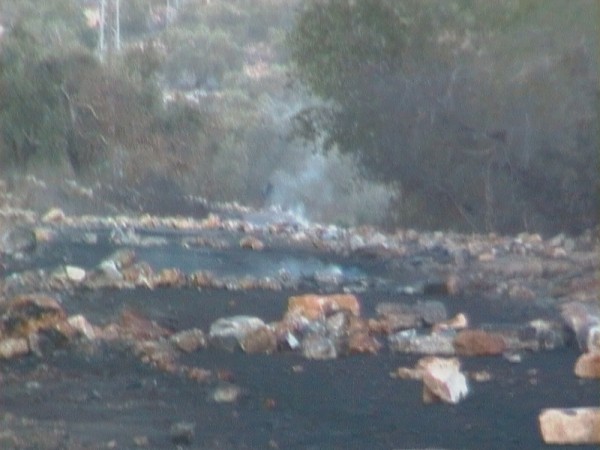 After a while, residents finished the protest and Israeli soldiers retreated from the area. One of the organizers stated, “We will stop the demonstration now but Kafr Qaddum won’t kneel down, we will keep on protesting and resisting against the Israeli oppression, and for the reopening of our street.”