Anxious Eid for family of prisoner in Hebron

For one Hebron family, this year’s Eid is more worrisome than festive. They will have to spend it wondering about their father and husband, whom they have not been able to talk to since the 4th of August. Last Sunday at around 2am Mohammed* was arrested – he was woken up by 20-30 soldiers and taken away without being told the charges against him. His family has not yet been able to talk to him or give him the medicine that he needs. 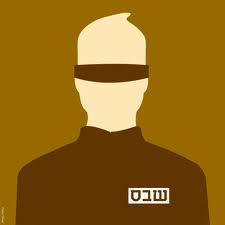 When the Israeli military Sunday morning invaded Mohammed’s house with five jeeps and two armed vehicles, it took him and his family completely by surprise. The entire family – Mohammed, his wife and their six children – were woken up and told to gather in the house of Mohammed’s brother. Mohammed was then told he should kiss his children and say goodbye for he was being arrested. However neither Mohammed nor his family was informed of the charges upon his arrest.

After having placed Mohammed’s family under surveillance the Israeli military took Mohammed to his workplace. Here they told him to close all the security cameras or they would destroy his office. The office was thoroughly searched, however nothing was removed or changed. Mohammed was then taken to Ashkelon Prison at around 4am.

Mohammed’s family has still not been able to contact him, the Israeli military or the prison. They are deeply concerned as Mohammed is in need of medication due to a recent procedure performed on his eyes.

Mohammed was previously detained in 1994 for four months without ever knowing the charges. All Mohammed and his family know about the previous arrest is that Israeli military suspected some association with the Muslim Brotherhood. Since 1994 Mohammed has been a free man and has lived a quiet life without harassment from the Israeli occupation forces until he was suddenly arrested last Sunday.

Mohammed has still not been officially accused of a crime, however yesterday evening he and his family were informed that he was suspected of “threatening the security of the area”. His arrest has been extended for nine days at the end of which he will have a military court hearing.

Mohammed’s lawyer seems optimistic that Mohammed will be released after these nine days, since the Israeli occupation forces do not seem to have evidence on which they can hold him. However it is sadly not uncommon that administrative detention can be used, cases in which an arrest of a Palestinian incessantly is extended and military hearings continuously are pushed back. This is especially true of military hearings as it is only the judge and the prosecutor who are presented to the base of the deferment, not even the defense is shown the evidence.