This afternoon the journalist Haitham al-Khatib 37 years old was hit by a tear gas canister in the back after being targeted by the Israeli soldiers, a 18 years old Mahmoud Samara also got injured by a rubber bullet in the leg, their conditions were described as a minor, in addition to cases of suffocation after inhaling tear gas in Bil’in weekly march. 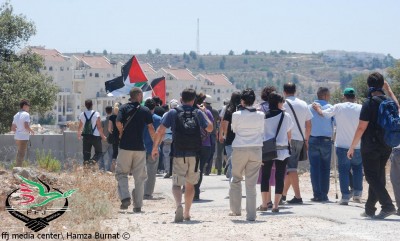 The march which called by the Popular Committee against the Wall and settlements in Bil’in began after Friday prayers from the center of the village toward the apartheid wall. Participated along with the people of Bil’in, an Italy’s parliamentary delegation led by Luisa Morgantini (former vice president of the European parliament), Israeli and foreigner peace activists.

The participants raised Palestinian flags and chanted slogans calling for the departure of the occupation, the demolition of the apartheid wall and the liberalization of the Palestinian political prisoners. Upon the arrival of the participants to the area of the wall the Israeli soldiers who were situated behind the wall fired rubber bullets, tear gas and sound grenades at the demonstrators which led to some injuries that were treated on the field.

For their part, members of the popular Committee gave a detailed explanation to the Italian parliamentary delegation and the foreign peace activists about the Israeli violations and attacks of the occupation in Bilin since the eight years so far, and they also talked about the strategy of the popular resistance in Palestine. 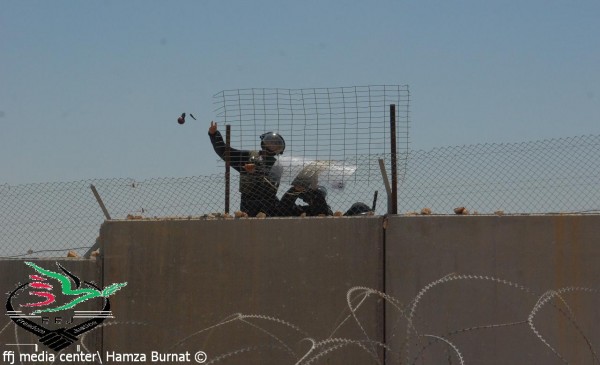 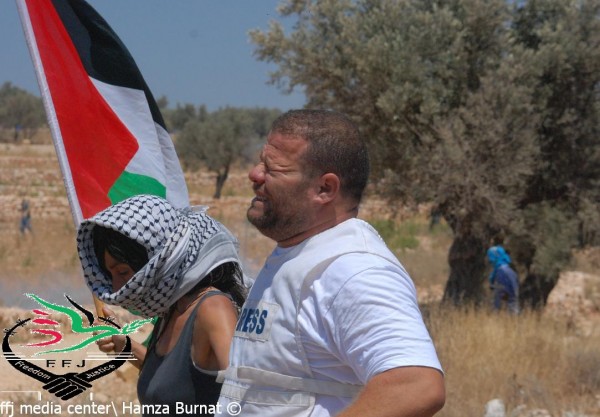