Three teenagers arrested in Azzun in one week

Israeli forces continue their strike on the village of Azzun. Last week alone, three teenagers were arrested and one was handed a paper to go to the Israeli DCO (District Coordination Office).

On Thursday 18th July, two young men, Yahya Ali Adwan and Abdal Hameed, both seventeen years old, were arrested by the Israeli forces. Soldiers invaded the village early in the morning and took the boys from their homes, handcuffed and blindfolded. 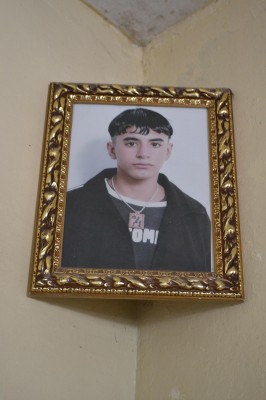 At around 1am on the morning of Thursday 18th July soldiers invaded Azzun, entering houses, claiming to have reason to search. They were looking specifically for Yahya Ali Adwan, as they raided the house of his uncle and demanded to be taken to him. On arriving at Yahya’s home the Israeli army, dressed in balaclavas, refused to wait for his father to open the door and forced entry. The family were woken and told to produce their IDs. When they saw Yahya’s they handcuffed and blindfolded him and took him to a waiting military vehicle. When his father asked why they were taking his son the soldiers simply replied ‘He is under arrest’.

No contact was made to the family until two days after, with a call informing them that Yahya had been taken to al Jalame prison (Jenin) and was under investigation.

Abdal Hameed, also seventeen, was arrested on the same night under similar circumstances. Both boys, even at this young age, have already spent over two years in Israeli prisons. Yahya was released just three months ago.

During the time of their arrests, numerous other military jeeps and soldiers were in the area, shooting tear gas canisters, rubber-coated steel bullets and sound bombs to suppress resistance from local residents.

Various members of Abdal Hameed and Yahya Ali Adwan’s family are also currently in prison. Abdel Hameed’s brother has been in jail for a long time and has been put in solitary confinement for months at a time – treatment which has severely affected his health. According to the family, once when his mother went to visit him in the prison he didn’t even recognize her.

On the Friday 19th July, after these 2 arrests, at around 10pm, two more young men from Azzun were detained by the Israeli forces when they were walking on the main street near their home. Thamer Thabet Aabed, seventeen, was taken into a military jeep and arrested for the first time in his life. The other teenager, also seventeen, was let go but told to meet with the Israeli DCO on Sunday 21st July. Contact was made with the Red Cross on Saturday 20th to try and find out where Thamer was taken, but his location is still unknown.

The town of Azzun is the home of about 10,000 Palestinians. It is located in the northern West Bank district of Qalqiliya and it is surrounded by several military towers and five illegal settelements including Ma’ale Shomeron, Qarne Shomron and Alfe Menashe.

Since 1990, the Israeli military has been randomly blocking three entrances to the village; the eastern, northern and northwest which leads to Road 55.  In 2005, the military removed all roadblocks except the one in the eastern entrance. However, the main entrance, located in the north part of the village, has been closed regularly for several years. This ranges from closures of several hours to 45 days, with the military using road blocks or closing the army-installed gate to enforce this on Azzun. According to B’Tselem, since the beginning of 2013, the military has blocked the road nine times. 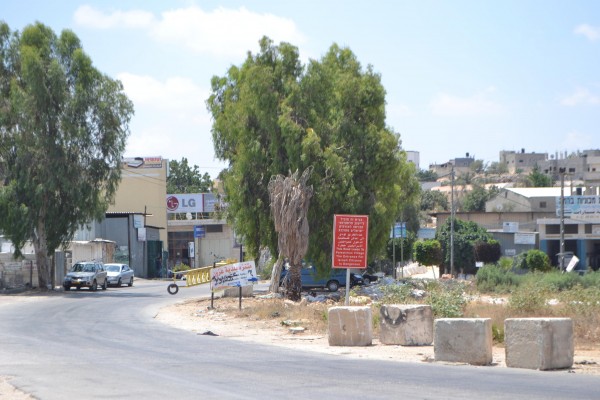 Blocking access to the road from the northern entrance not only harms the lives of the residents of Azzun but of the population from the villagers nearby as they have to access road 55 from Azzun.

Settler attacks are also a constant for residents of Azzun. On June 18, settler women hung up a banner at the entrance of Azzun reading: “On Tuesday, the village will become ours.” The unconcealed threat was signed by “The Women of Samaria”. About three months earlier, the town had been attacked by around fifty young settlers who entered the town through the eastern-most checkpoint.

Army incursions into the town happen on a daily basis and arrests of minors and men are extremely frequent. According to a council worker, Azzun has the largest number of arrestees, around 150 people, 95% of them less than eighteen years old.

The Israeli army use torture and violence to force confessions from children prisoners. Often the arrestees are made to sign a statement written in Hebrew that they can’t understand, which includes details of other children living in the town or confessions from the arrestees, allowing the army to use this as ‘evidence’ of invented crimes.

“Azzun is like Guantanamo, a huge prison where human rights are systematically violated with total impunity” stated a council worker.