On Friday, 13 July, around 30 people gathered for the Friday demonstration in the outskirts of Ni’lin village. After finishing prayers Palestinians marched towards the Apartheid Wall that has annexed the land of the village, along with internationals. From the beginning of the protest, tear-gas canisters and stun grenades were fired by the Israeli army and after about an hour 30 soldiers broke out from behind the wall intending to arrest the demonstrators who pulled back into the nearby olive grove.

After leading a chase for about 50 meters into the fields that lasted approximately for one and a half hours the soldiers retreated back behind the wall and the protest continued. More teargas canisters were shot by the soldiers beyond the wall and at this point also rubber coated steel bullets were shot towards the demonstrators.

The protest lasted approximately two hours, no arrests were made but one international was injured while running from Israeli soldiers who were arbitrarily shooting teargas and steel bullets and chasing after people.

Protesters say the demonstration this week was shorter than usual because of the Ramadan, however it has been no less intense as soldiers have been crossing the wall intending to make arrests for the last three weeks’ demonstrations. Ni’lin has experienced a wave of harassment since the spring and soldiers have been continuously invading the village arresting people. Many of these arrests occurred during night raids during which soldiers invade Palestinian homes.

Ni’lin village has lost more that 50,000 dunums of its land to the occupation and the apartheid wall that was build in 2008. Since then the people of Ni’lin have been protesting against the wall and the occupation. These protests have been suppressed with extreme violence by the Israeli army, resulting in the killing of five people, including a ten year old boy. 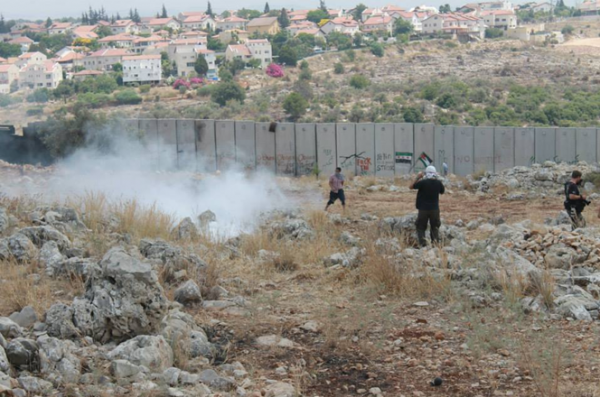 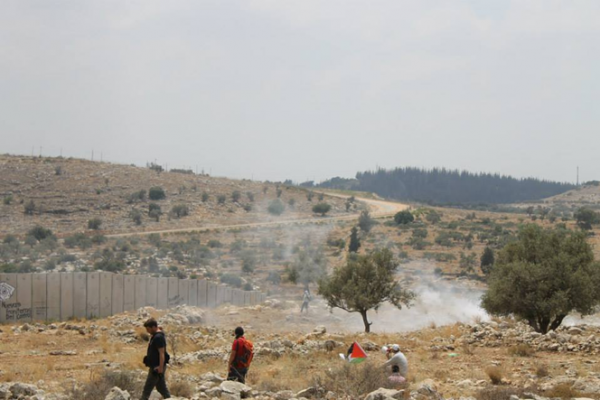 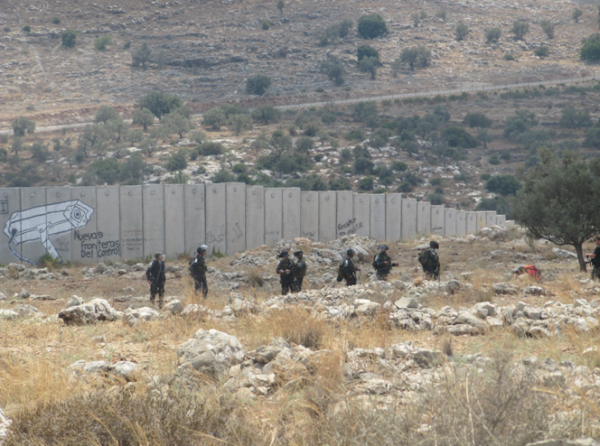 Soldiers invading the fields of Ni’lin, trying to arrest protesters (Photo by ISM)