Restriction of movement remains for Palestinians during Ramadan

On the second Friday during Ramadan, hundreds of Palestinians from the West Bank crossed Qalandiya checkpoint to access Jerusalem and pray at the Al Aqsa mosque.

From the early hours of Friday, many hundreds of Palestinians from all across the West Bank queued at Qalandiya checkpoint, the main access to Jerusalem. Although the first prayer of the day was at 4am, Israeli authorities did not allow anyone to cross until that time, meaning that no one could access the mosque for the Fajr prayer. 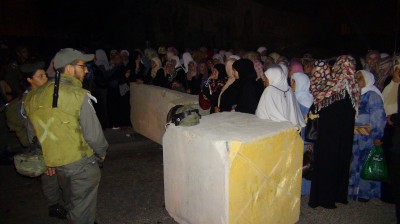 Before 4am, women, children and people with special needs were already waiting at the “Humanitarian lane” located in the usual entrance to the terminal. A roadblock was set up across the road and Israeli soldiers behind the roadblock were gradually letting people go through.

In the mens lane, located on the opposite side, soldiers were also guarding the line behind the roadblock. However, all men between the age of twelve and forty were denied access and turned back. When asked, several Palestinian youths waiting near the roadblock said: “We cannot go to Jerusalem and pray at Al Aqsa just because we are Palestinians and under forty years old”.

Whilst women are allowed to go to Jerusalem without permits, men between the ages of twelve to thirty-five are still never granted access. Even access for those people that Israel claims to allow to enter freely is “conditional on individual security restrictions”.

During the Muslim holiday month of Ramadan, Israel authorities claim to make concessions to those who wish to visit the Al Aqsa compound. Friday is the holy day in Islam, making the four Fridays during Ramadan particularly important times for Palestinians to reach Al Aqsa mosque for prayer whilst they are fasting. 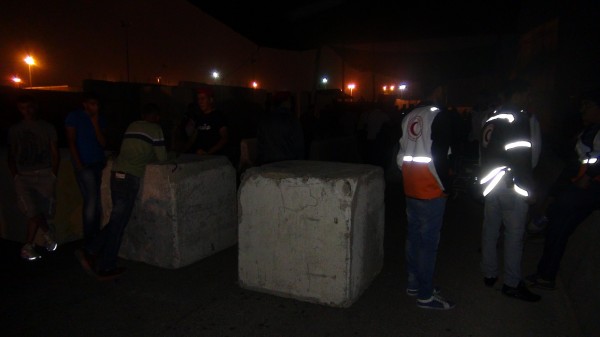 Although the Israeli authorities present this access as a generous concession, Palestinians should be able to access their own land freely and without requiring permission.

The Apartheid Wall splits the Palestinian capital, Jerusalem, from the West Bank. The city contains one of the most holy sites in Islam, the Al Aqsa compound, which is therefore unreachable for the majority of the Palestinian population. Although the 1967 borders show that East Jerusalem, including the old city and Al Aqsa are part of the West Bank, Israel unilaterally moved the border back over seventy kilometres, annexing East Jerusalem.