At 12am, journalists arrived on buses from across the West Bank, gathering at Qalandiya checkpoint to protest against the restriction of movement and the lack of recognition of their international press cards by Israel. 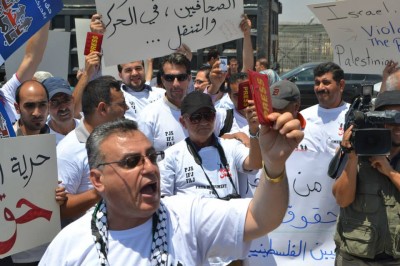 More participants gradually arrived at the roundabout where the rally was taking place. Journalists sang chants demanding freedom of movement for journalists. One journalist said: “we are journalists recognized by the International Federation of Journalists and hold international press cards but we cannot exercise our job freely. Israel does not allow us to work in Jerusalem or Haifa while Israeli journalists can work everywhere”.

Steadfast demonstrators remained at the roundabout for ten more minutes until at around 12:45pm, the protest was finished. Five people suffered minor injuries from sound bombs thrown at their feet and were treated by medical personnel at the scene.

Palestinian journalists are constantly targeted by Israeli forces. According to the Palestinian Center for Development and Media Freedoms, during the first six months of 2013, there were 78 occasions where Israeli forces attacked Palestinian media in the form of physical abuse, arrest, detention, prevention from coverage, and prosecution. 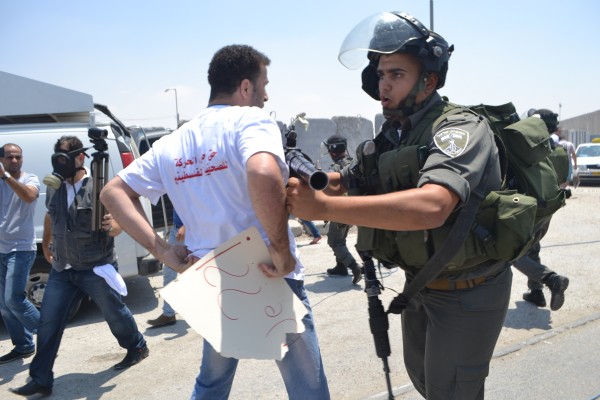 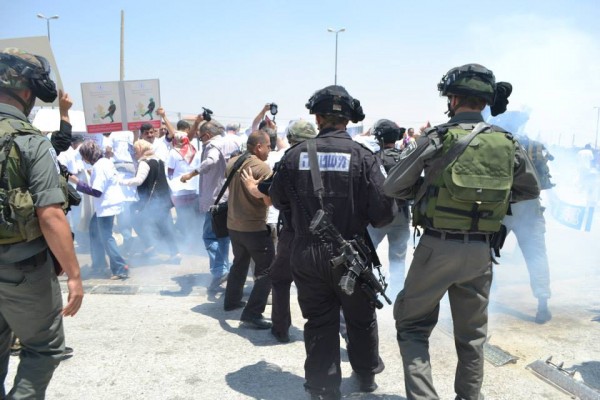