Jabari family once again facing harassment from settlers and soldiers

On Saturday the 20th, whilst taking his sheep out to graze on his land, 56 year old Abd Al-Karim Ibrahim Al-Jabari was stopped and harassed by settlers and soldiers before being taken for questioning to the police station in Givat Ha’avot, an illegal settlement in occupied Hebron. 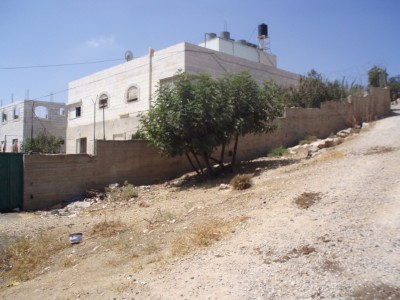 The Jabari House (Photo by ISM)

Abd Al-Karim’s land is located between the two illegal settlements of Kiryat Arba and Givat Ha’avot. When he took his sheep out to graze on his land yesterday morning, he was stopped by settler security guards from the nearby settlement of Givat Ha’avot who subsequently called the Israeli occupation forces.  He spent several minutes discussing with the soldiers, who refused to believe that he is the owner of the land and insisted it was Jewish land, as the settlers had told them. A soldier said to Abd Al-Karim: “This land and this house is mine and I will get you out of it”. The soldiers then decided to take him to Givat Ha’avot police station for further questioning. Abd Al-Karim, who speaks Hebrew, heard the soldiers say to each other that they wanted to handcuff him and then push him out of the jeep whilst driving. However, he managed to calmly insist and persuade them that there was no need for him to be handcuffed or blindfolded.

When they arrived at Givat Ha’avot police station, a police officer who knows Abd Al-Karim and his situation scolded the soldiers for bringing him there, confirmed that he owns the land, and told the soldiers to take him home again, which they did. Abd Al-Karim explained that the soldiers who arrested him are Shabbat reinforcements from another brigade that is not normally stationed in Hebron and therefore do not know the Jabari family and their situation. 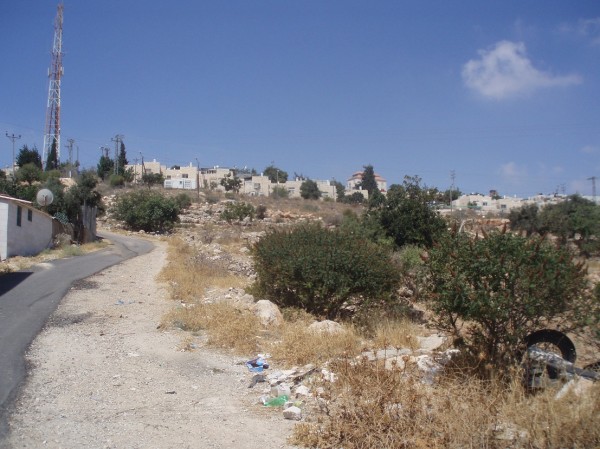 After Abd Al-Karim was arrested, his son continued discussing with Israeli soldiers and asked them to stay to protect them from settlers, who were gathering in a tent set up on the Jabari family’s land which serves as a synagogue. However the soldiers refused to stay and said they would only come back after a one-hour coffee break. They also prevented international activists from filming the scene. Two hours later, the soldiers still hadn’t returned, leaving the Jabari family vulnerable to settler attacks. Abd Al-Karim explained that this has happened many times before.

The Jabari family used to live where Givat Ha’avot settlement now is, and they owned two more houses that were demolished. They have been living in their current house for 16 years.

The Jabari family has suffered countless attacks by both settlers and soldiers over many years. The settlers regularly come to harass and attack the Jabari family when they are out on their land grazing sheep or tending to their trees. They also steal vegetables from their land before the Jabari family can harvest them. In the past, settlers have often thrown rubbish, stones and empty alcohol bottles into their garden. Abd Al-Karim says he has recorded about 1,500 incidents since 2001. Everyone in his family has been arrested at some point or other. They have filed countless complaints at the police station, which has only led to further aggression and arrests by the Israeli military, who are seemingly trying to crush their spirit of resistance and defiance. Abd Al-Karim believes that his family is more vulnerable to settler attacks than their neighbours because they refuse to back down and insist on continuing to enter and use their land. 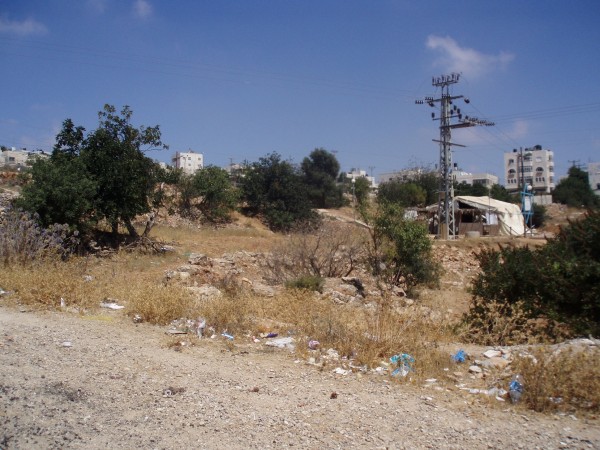 A few years ago, a couple of thousand settlers entered the Jabari family’s property and prayed outside their house. The settlers have said many times that they intend to take over the Jabari’s house and land.

Two years ago, during Ramadan, soldiers would come to several houses in the neighbourhood just a couple of minutes before the call to prayer for iftaar (breaking the fast). They would force the whole family to move into one room and lock them inside, with all the food prepared and ready outside. The Jabari family’s neighbours were locked inside a room for 24 hours without food or water and were only released for iftaar the next day, meaning they had to fast for 48 hours. They were at the mercy of the soldiers to let them out to use the toilet.

When they soldiers attemped to do this to the Jabari family one day, Abd Al-Karim argued with them and refused to move into a room. The soldiers nevertheless entered their house and watched them break their fast. They then demanded to be shown around the house, but again Abd Al-Karim refused and insisted on calmly drinking his coffee and smoking a cigarette. He told them to go look around the house on their own, but refused to have his break ruined. The soldiers checked the house and left after an hour. Abd Al-Karim says he is proud that he refused to be locked into a room like his neighbours and that the soldiers could not force him.

As the Jabari family was sitting with ISM volunteers telling their story, a settler entered their garden. Abd Al-Karim and his son reassured the worried internationals and explained that this settler was an old friend and came to visit them regularly. They offered him coffee and cigarettes, and told stories of how they already used to play together as children. “We’re not against Jews or Israelis living here. All we ask of God is to live in peace with our children.”