UPDATE: Tamim (19) and Mo’men (16) Tamimi are currently under interrogation and will remain in prison until at least Sunday.

Today’s weekly protest in Nabi Saleh was met with skunk water and rubber coated steel bullets. In addition, two people, one of them a child, were arrested.

After midday prayer, around sixty Palestinians, together with Israeli and international activists, marched as usual from the centre of the village towards the stolen spring across the main road. 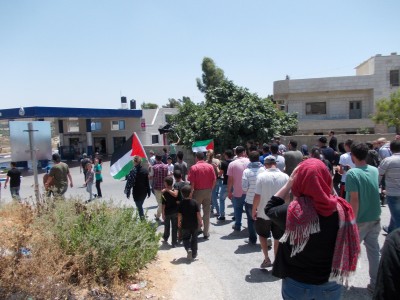 Demonstrators marching along the road towards the spring (Photo by ISM)

As protesters were building stone barricades along the road to prevent Israeli forces from invading the village, a skunk water truck and two jeeps appeared at the scene. The truck ran over the barricades and drove along the road spraying demonstrators with foul smelling water. Israeli soldiers and border police officers shot several rounds of rubber coated steel bullets injuring one protesters in the right side of the abdomen. After a while, Israeli forces and the truck retreated and protesters took over the road again. As confrontations between Palestinian youths and Israeli forces continued, three jeeps and the skunk water truck chased the protesters up the road spraying the houses and people.

At around 2:30pm, the bulk of the protesters left the area except for a few Palestinian youths who were still on the hilltop throwing stones. Suddenly, when people were resting at the petrol station, four army and border police jeeps joined by the skunk water truck, invaded the village once again and sprayed everything in their way. One adult and one child from the nearby village of Deir Netham, Tamim (19) and Mo’men (16) Tamimi were arrested and taken into the jeeps. See video of the arrest here.

The village of Nabi Saleh has been demonstrating against the theft of the natural spring and the occupation since December 2009. Israeli forces violently suppress the weekly Friday protests by shooting tear gas canisters, skunk water, sound bombs, rubber coated steel bullets and even live ammunition at protesters. Two people have been killed, Mustafa and Rushdi Tamimi, and many others severely injured. Bassem Tamimi, from Nabi Saleh, has spent 17 months in Israeli jails, merely for being a prominent activist at the protests. After more than three year and despite the repression, Nabi Saleh continues to fight against the injustices of a brutal military Israeli occupation. 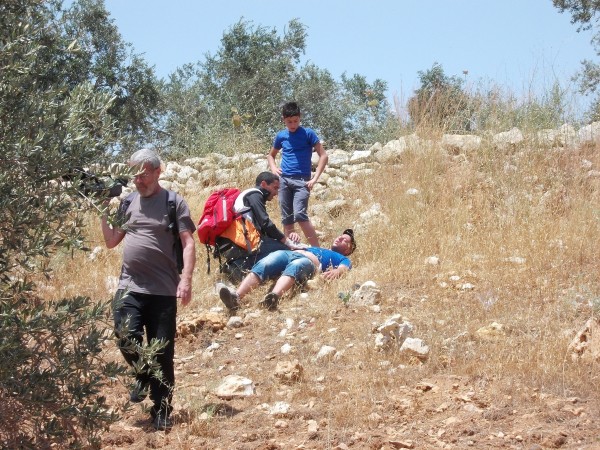 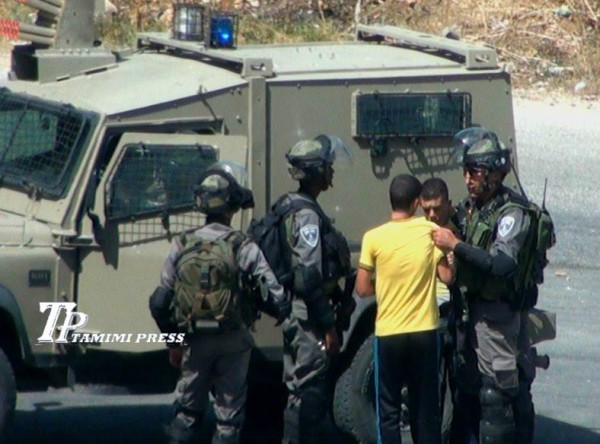