Beginning in the early morning, with buses coming from all over the West Bank full of eager participants, the Fourth National Boycott, Divestment and Sanctions (BDS) conference, hosted at Bethlehem University got off to an amazing start with a fully packed auditorium. 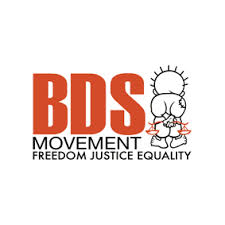 As the day progressed, a plethora of agenda items on how to further BDS against Israel were discussed by a wide range of speakers who emphasised rejecting normalisation with Israel.

The goal of this event was not only to promote the BDS campaign within Palestine and to give an introduction to newcomers but also to:
• Share all of the successes and initiatives that the movement has had since its inception, whether they are local, from Arab nations or international. One example of a triumph is the recent termination of certain G4S contracts in illegal settlements.
• Share vibrant, new ideas that could be implemented across Palestine and in the Palestinian Diaspora. One idea from the city of Salfit was door-to-door operation allowing information to spread quickly through neighbourhoods.
• Give an outline of what normalisation is and how it can be combated in culture, academia, and economics.
• Allow the public to question Palestinian officials and civil society representatives about how to strengthen boycott and counter normalisation.

During the conference, there was a dispute between the Palestinian Minister of Economy Jawad Al-Naji, and an audience member, resulting in the Minister walking out of the room. The argument was triggered by the audience member’s opinion on Mahmoud Abbas and his tactic of normalisation with Israel. The activist who questioned the Economy Minister was reportedly later attacked and injured by seven people, presumably related to the PA forces, needing to be taken to hospital.

After this incident, there were nine separate workshops to attend, ranging from Youth and Students, to Women, Trade and Professional Unions to International BDS campaigns. Information was shared in order for the BDS movement to continue gaining international momentum.

This is the fourth of a series of national BDS conference held in Palestine since the 2005 Palestinian call for Boycott, Divestments and Sanctions against Israel.