Settlers from Bracha attack and harass farmer on his land

On Friday 7th June five settlers from the illegal settlement of Bracha attacked a farmer on his land, using sling shots to throw stones at him near Huwwara checkpoint. The same settlers continued to harass the farmer in the following days as he tried to graze his sheep and gather his crops, unprotected by the Israeli authorities. 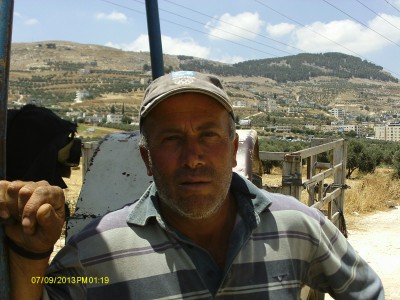 Salah Sukamel Deweket rents 70 dunums of land between his home in Al Rujeib and the occupation forces’ checkpoint at Huwwara. The land is mainly used to plant crops for his sheep to graze upon.

On Friday 7th June Salah was working hard to enable his sheep to feed when he was surprised by five settlers, thought to be an old man and his four sons who brought their own sheep to eat Salah’s wheat. The settlers threw rocks using slingshots at Salah and his flock. Salah had no one who could help him as he had no number for the District Coordination Office (DCO) – the Palestinian liasion with Israeli authorities or other organisations. Unable to get the number, he returned to his land to find that the settlers had ripped apart his bales of wheat.

The settlers resumed throwing stones at him in full view of soldiers stationed at the Israeli occupation forces checkpoint at Huwwara. The soldiers did nothing but watch as the Palestinian farmer was attacked. As an occupying power the Israeli military are meant to protect all citizens in the territory.

Salah asked the older settler why he had destroyed his wheat. “People who stay in Israeli land have to be good Israeli people”, the settler replied. “If this is Israeli land, where’s Palestinian land?” Salah asked. “There is no Palestinian land” the settler shouted back. The settlers continued to graze their sheep on Salah’s land and then encouraged their sheep to eat the olive trees of another Palestinian farmer who came to protect his land.  It was only then that army jeeps came to intervene – asking why the Palestinian farmers were there. Salah tried to  explain the problem with the settlers to the army, who told him to take photos and go to DCO. Salah then asked the soldiers if they were going to arrest the settlers, to which they said, ” we don’t know, it’s up to the judge.” When the soldiers were asked why they did not come earlier, they replied that it wasn’t their problem. The next day Salah tried to fix his wheat bales but the settlers kept coming and causing problems. Soldiers eventually came and told both Salah and the settlers to leave but said that the Palestinians must leave first.

Palestinians face many attacks by settlers of varying severity. Religious extremists living in illegal settlements attack Palestinian people, lands and crops. Palestinians have almost no means of legal recourse or protection from settler attacks but are routinely targeted by the army in mass arrests in the alleged defence of the Israeli occupation and settlements. Even when Palestinians can contact the DCO, the coordination office can often not solve issues with settlers who generally are treated with impunity under Israeli law. Settlements are illegal under international law under the fourth Geneva convention. 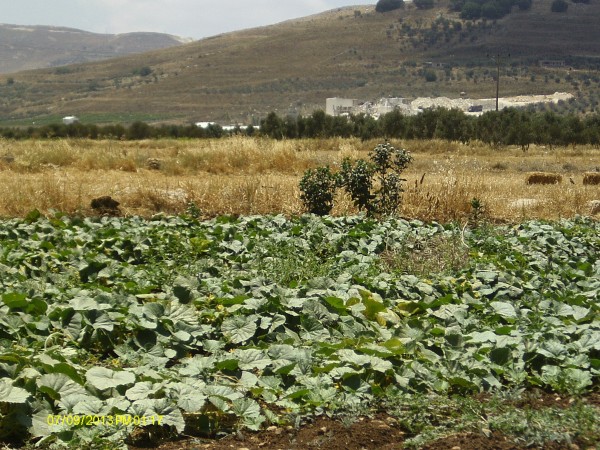