UPDATE 16th June: On Wednesday 12th of June Burin’s cultural centre was invaded again by the Israeli army. They entered the village at 2am breaking into the Bilal Najjar Cultural Centre and taking documents and the centre’s  official stamp. The army spent around two hours in the village also breaking into the future cultural centre that is under construction and taking photos of it. The Bilal Najjar Cultural Centre has been closed since the army invaded it on the 11th of April, damaged the building and destroyed all resources within.

At 2am on Thursday 11 April Burin village near Nablus was invaded by over ten army jeeps, 100 soldiers and border police. The Army raided houses arresting 3 young men from the village and destroying the cultural centre used by the community. 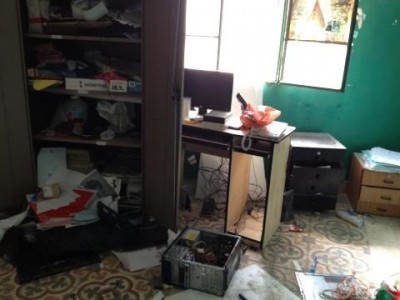 Solidarity activists entered the village shortly after 2am and witnessed soldiers all over the village, detaining a youth and raiding several homes. They were able to enter the home of one family and stay with them as the Army pulled back at around 4:30am. The family had several small children including a baby. Soldiers entered the home, questioning one of the family members and checking the families computer. The family regularly suffer harrassment from the Army due to their community activity, with the last invasion of their home only 10 days before.

The Army appeared to be targeting members of the cultural centre in the village, which is used to organise events, teach english and is a space for local people and youth to use computers and learn. The centre was destroyed , donated computers were thrown on the floor and the doors and equipment were smashed. 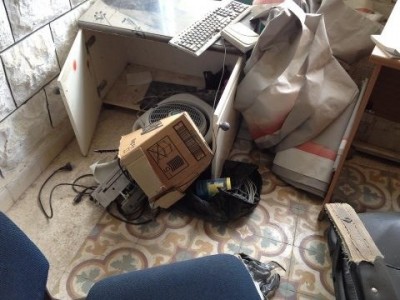 Saed Suhail Najjar (18), Muhammad Najjar (20) and Oday Eid (21) were arrested by the Army and are currently still being held with no contact with their families or lawyers. They were all regular attendees at the Cultural Centre. Burin village is regularly invaded by the Israeli Army due to its steadfast resistance to the stealing of village land by the illegal settlements of Yitzhar and Bracha.

These illegal settlements are particularly notorious and the villages surrounding them regularly suffer settler harrassment. On Friday 12 April settlers entered the village of Urif and burnt trees, attacked farmers and damaged property. Settler harrassment has been steadily increasing across the West Bank and are supported by the Israeli Army. In 2008 the nearby village of Asira al Qibliya was subject to a rampage by armed settlers, while soldiers looked on and passed their weapons to them. Several Palestinians were shot and several more have been killed in the villages that surround the illegal settlements. Under international law all these settlements are illegal and despite this fact, Israel continues to build on Palestinian land, stealing more land from villagers who them suffer harrassment from the illegal inhabitants 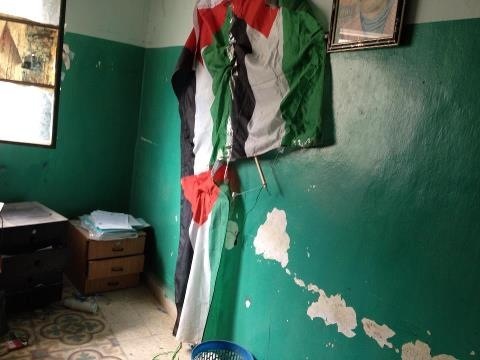 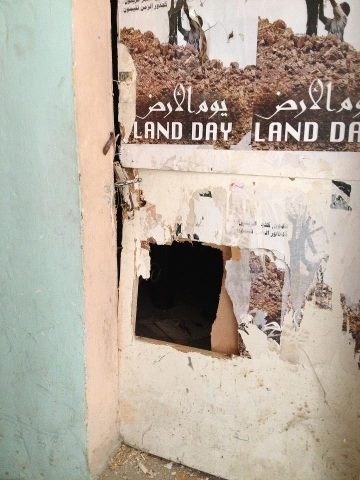