Qabalan and Talfit show their lives under occupation

Israeli occupation  has created different problems for Talfit and Qabalan. Talfit is proud of its history and wants to protect it from Israeli army night incursion that seeks to appropriate it, as Qalaban struggles to provide water to its population. 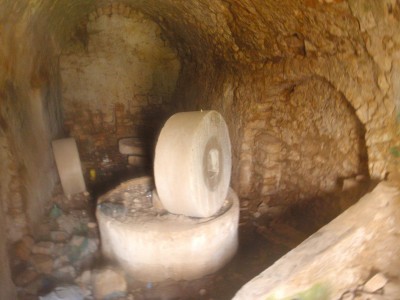 Talfit is a village situated south of Nablus, in a valley rich with olive fields. A village proud of its history, especially for its role in the resistance during the 1st and 2nd Intifadas. This resistance resulted in the village being collectively punished with arrests and house demolitions, including the house of a present member of the village council who witnessed those importance struggles of resistance.

In the last months, weekly night incursions by Israeli occupation forces took place in Talfit, provoking concerns from the inhabitants. During these incursions the soldiers have been very interested in the old buildings of Talfit. Antiques such as jars and ploughs have been taken from the village by the army. Larger structures such as old buildings containing milestones and olive presses are photographed by the soldiers during these incursions where they have also been known to write Hebrew and draw the Star of David on the walls and doors of the buildings.

These incursions are of concern for the villagers who worry that their purpose is to try and appropriate their history, which could lead to future problems. Israel has in the past used the appropriation of Palestinian history and culture as a pretext to change the continuity of the history of the Palestine people and the land. A similar strategy was used in Susyia where villagers were expelled and their homes demolished due to the discovery by Zionist archaeologists of an old synagogue, not recognising the villager’s history predating the synagogue and after.

Qabalan, a village near to Talfit, is not unique in the West Bank for the problems of water shortages it faces as a result of the Israeli occupation though Qabalan seems to suffer more than most. According to the World Health Organisation, one person needs an average of 100 litres a day, but according to Qabalan’s village council, their residents receive less than half this amount with an average of 44 litres per person a day. The average consumption of water per person per day by Israel and their settlements is 242 litres. (See infographic by Visualising Palestine and Ewash here.)

The water shortage in Qabalan is a result of this high demand by Israel and its nearby settlements of Rechalim, Shilo and Eli, situated on the mountain overlooking Qabalan. Since the occupation of the West Bank in 1967, Israel controls the water delivering Palestinian water to Palestinians at a higher price than to Israeli settlers and citizens. This is also true of electricity and gas. A large part of Qalaban land is on area C, which Israel is supposed to administer for the good of all people living there, however it has issued demolition orders for 9 houses putting families at risk of being homeless.

Three months ago, settlers from Rechalim attacked the population of Qabalan, burning land, cutting down around 200 olive trees and destroying cars. Furthermore, during the period of the olive harvest, which is of large importance to the people of Qabalan, settlers attacked the people harvesting their olives on land near the settlements. Arrests of Qabalan residents also occur – In May 2013 an 18 year old from Qabalan was arrested and put under administrative detention for several days – held without charges or trial.

The problems created by the occupation that affects the villages and all of Palestine are a direct obstacle to peace. A council member from Talfit summed up the situation saying that “Israel is like a person trying to carry two melons, land and peace. They can either have the land, or the peace, not both.” 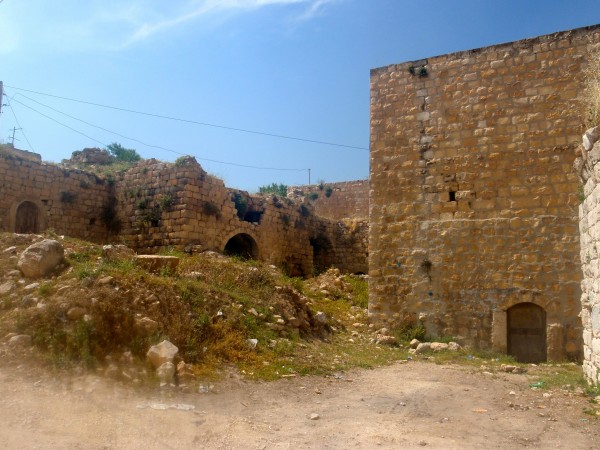