Photo essay: Israeli soldiers sing “We wish your whole village would burn down” to residents of Nabi Saleh

Today Palestinian, international and Israeli activists marched towards a well that was stolen from the village of Nabi Saleh by the establishment of Halamish illegal settlement. As activists walked down the hill towards the well, Israeli soldiers shot tear gas at them which set fire to the ground around them. As they did so , soldiers sang “we wish your whole village would burn down”. Activists were then blocked from reaching the spring by a large group of Israeli soldiers. At the same time, a skunk water truck entered the village spraying several of the homes in the village with the putrid smelling liquid. Eight international and Israeli activists were detained by Israeli soldiers who confiscated their passports. They were released within 30 minutes. Long after the demonstration was over, two Israeli military vehicles and several Border Policemen entered the village and drove slowly around the neighbourhood in a bid to intimidate its residents. 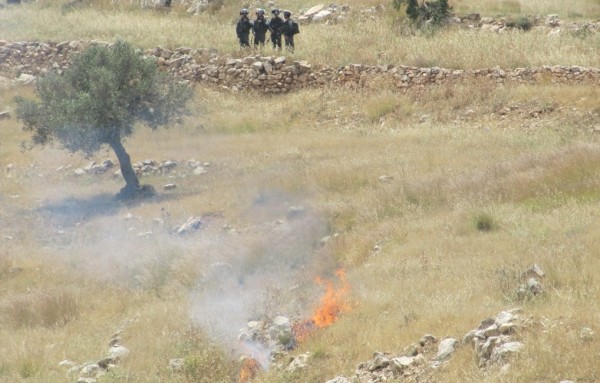 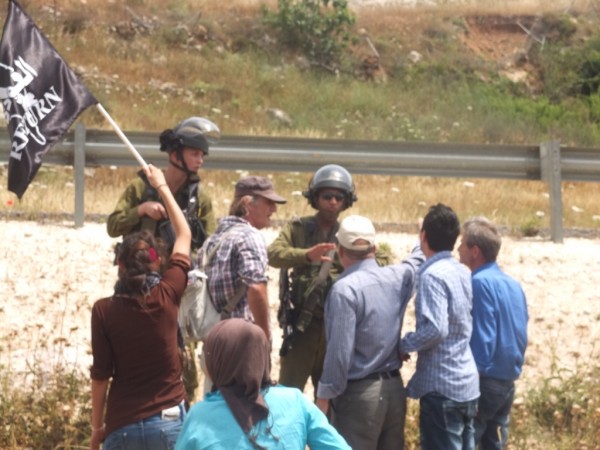 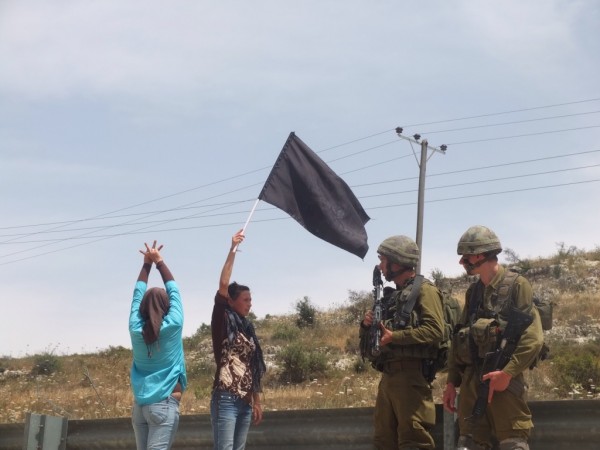 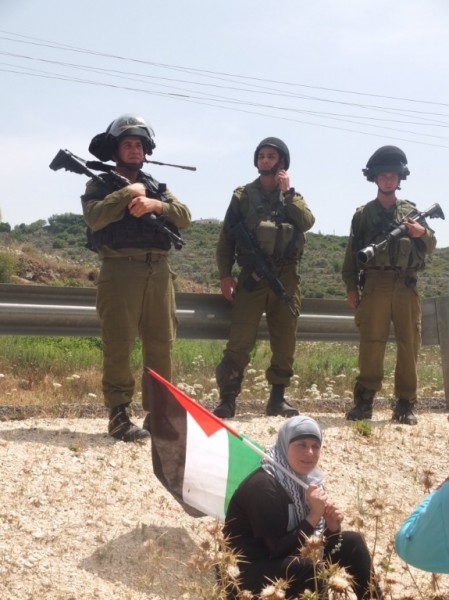 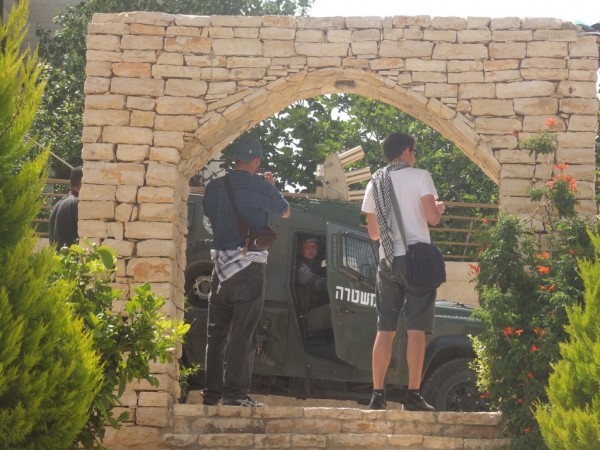