After Friday prayers, the villagers of Kufr Qaddum and international activists attempted to access the main road in Kufr Qaddum, blocked by the Israeli Army for 13 years. They were met by armed Israeli soldiers and tear gas, with many suffering the effects of the gas. 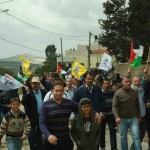 Villagers marching along the road (Photo by AlMasira)

The village has been demonstrating against the closure for the last 2 years, which cuts the village off from a direct route to the local village of Jit and Nablus city. A route which once took 30 minutes, 11km, now takes villagers an hour and a half to complete and more than doubles the distance.

Since demonstration begun the village has suffered incursions from the Army, with around 150 men and boys arrested, some as young as 11 years old. To date there are still 40 people in Israeli prisons, with the longest held for 9 months.

The demonstration which was well attended by over 100 villagers sought to open the road, but also referenced the killing of the two boys from Anabta on Wednesday at the nearby Enav checkpoint by the Israeli Army.

Kufr Qaddum is one of the latest series of Palestinian villagers to resist the illegal and Apartheid policies imposed by the Israeli occupation. Villagers in Bilin and Jayous both successfully protested to have the route of the Apartheid Wall moved on their lands. And most recently the village of Sabastiya demonstrated against a sewage outlet from the illegal settlement of Shave Shomron which pumped out raw sewerage onto their lands. They found out on Tuesday 2 April that the outlet pipe had been closed. 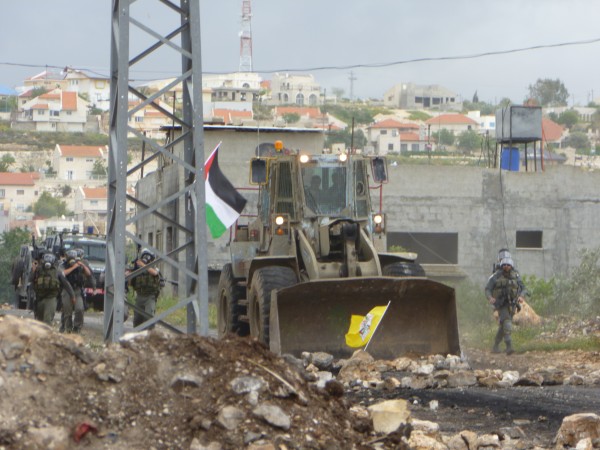 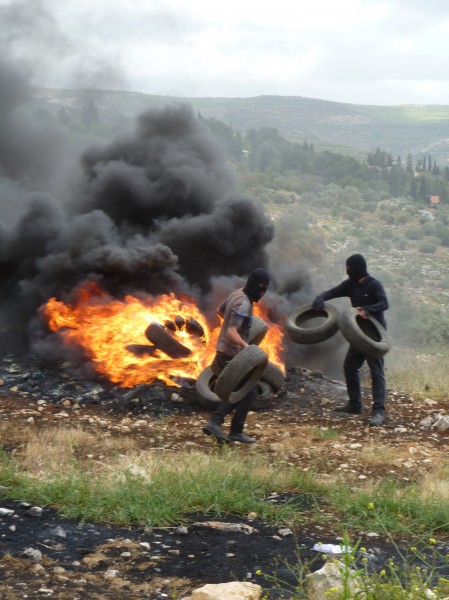