Today is Palestinian Prisoners Day which also marks the 4th anniversary of the death of Bassam Abu Rahma and the 270th day of Samer Issawi’s hunger strike. These two events perfectly illustrate the ongoing perseverance of the Palestinian peoples relentless struggle for peace, justice , freedom and dignity. They also illustrate the Israeli army’s excessive and often lethal use of force against peaceful and unarmed demonstrators throughout the West Bank and Gaza. 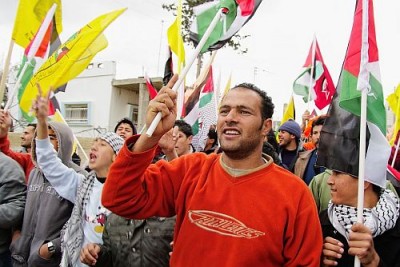 In 2009 Bassam Abu Rahma was shot at close range in the chest with a high velocity tear gas canister , which are designed to penetrate concrete walls and gas those inside. He was shot as he walked towards Israeli soldiers whilst holding his hands up the air. He was marching for his Palestinian comrades being held in various Israeli prisons and detention centers without charge or trial and the expansion of settlements around his village of Bil`in.

Samer Issawi has been on hunger strike in an Israeli detention center for 270 days, one of the longest hunger strikes in history. He has refused Israeli offers to be exiled to Gaza and other UN countries , firmly asserting that he will either be released to his home in Jerusalem or starve to death. 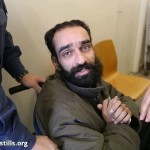