On Saturday 6 April villagers from Qusin, east of Nablus, accompanied by international and solidarity activists attempted to plant olive trees on land denied access to them by the Israeli Army. After successfully planting several trees, and proceeding closer to the military road that cuts through Palestinians lands, the Israeli Army prevented the group from planting any further trees and violently detained one person, dragging them across rocks. 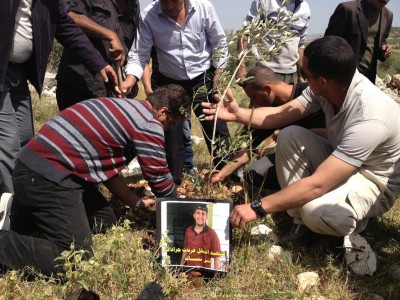 The group were 40 strong and soguht to plant 50 olive trees on land near a military road just outside the village. After successfully planting several trees, which they dedicated to Palestinian prisoners killed by the Israeli authorities and international solidarity activists, in an area of land someway back from the road, the group proceeded towards the land next to the road.

Ten Israeli army soldiers and border police, accompanied by settler security, then approached the group, having just observed up to that point, and prevented farmers from planting the remaining trees. One person was violently detained, after being dragged across rocks and made to sit in the midday sun, despite protests by other members of the group. The soldiers also confiscated farm tools from the group. The person was later released and the tools were returned after protests from fellow group members.

The village of Qusin has been suffering as a result of wide scale land confiscation by the Israeli occupation. This was their fifth action, previous actions related to a quarry located on Palestinian land, where local illegal settlements are dumping rubbish some of which may be toxic according to samples of labels taken from the scene. 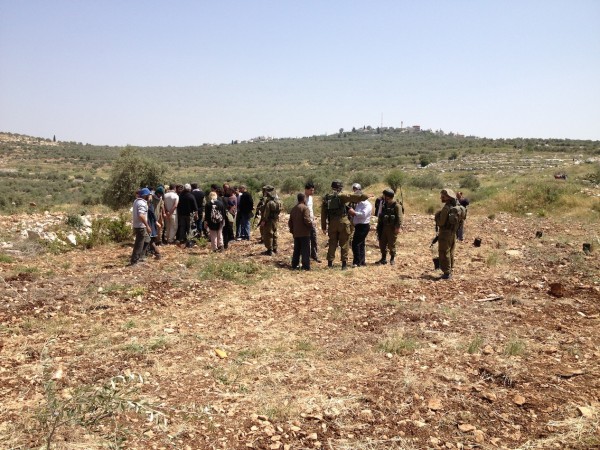 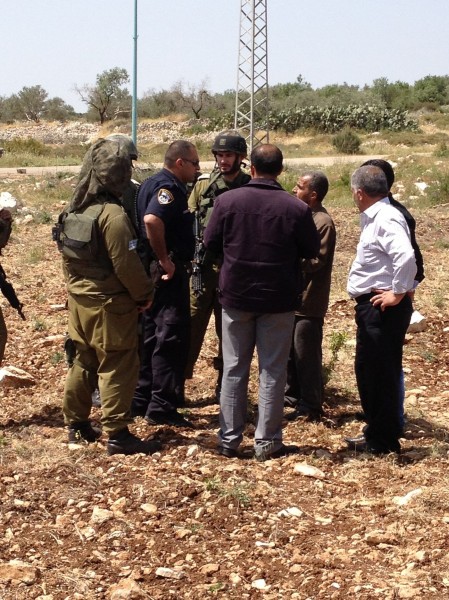