Palestinians raised a tent to shelter schoolchildren from settler attacks on the morning of the 16th of March, on the outskirts of the village of At-Tuwani in the South Hebron hills. Shortly afterwards, the Israeli military arrived and declared the area to be a Closed Military Zone, chasing away demonstrators and demolishing the tent. They also tried to make several arrests but only managed to arrest one international activist who was released later the same day.

Palestinian children from surrounding villages each day make their way on foot to the school in At-Tuwani, but regularly face attacks from settlers on their journey. An Israeli military accompaniment has been organised for the schoolchildren, but the army are unreliable in their presence and the children are often forced to wait for them to arrive, as it would be unsafe them to walk to and from school without an accompanyiment. The tent was therefore intended by the villagers of At-Tuwani to be a place for the schoolchildren to wait in saftey.

Since the military demolished the tent, the children will continue to be forced to wait in exposed areas, where they are open to attack from the settlers. The international activist who was arrested was transported to Givat Ha’avot settlement in Hebron and was interrogated by police, but was released later that day.

This act of Palestinian resistance follows a recent trend of similar tent actions on Palestinian land in danger of being seized by the Israeli authorities for use in settlement expansion. Bab al Shams was one such protest village – a tent community in East Jerusalem set up by protesters in January and destroyed by the military shortly afterwards. 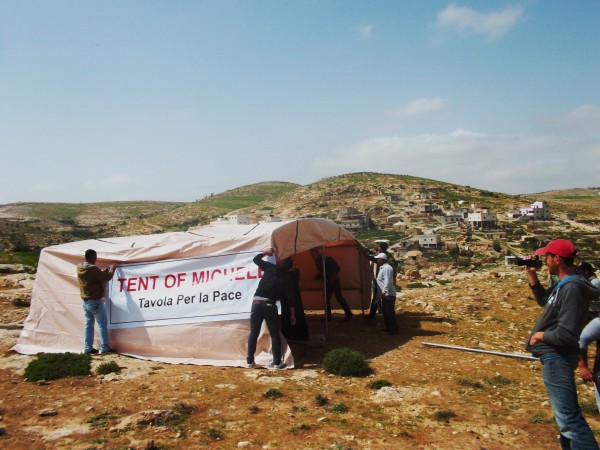 Tent being assembled by activists on the oustkirts of At-Tuwani 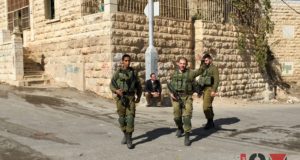 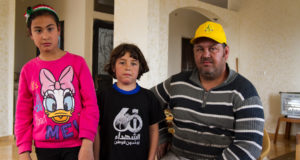