At approximately 1:00 AM on Sunday morning, the 17th February 2013 as part of a wider raid on the village of Haris, near the Palestinian town of Salfit and the illegal Israeli settlement of Ariel, 3 Palestinian youth Nur Atar Fareed Sultan, aged 13, Rabia Samia Sala Sultan aged 15 and 18 year old Morad were illegally detained by the Israeli military. This village raid coming weeks after two home demolitions and numerous orders have been issued for more planned destruction of houses. 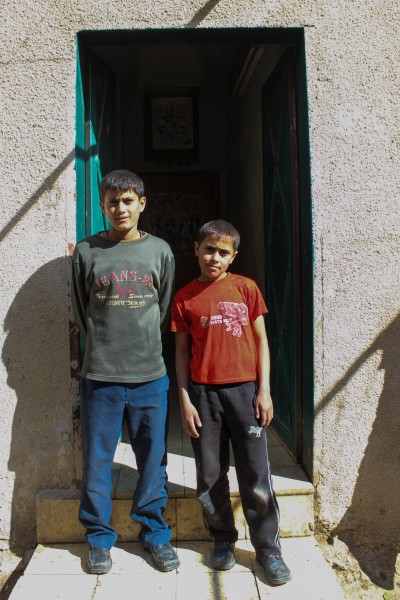 Nur and his brother

Israeli soldiers burst into the home of 13 year old student Nur Atar Fareed Sultan, breaking the door and pushing past his grandfather, who was pleading for them to “mindful that there were children and women not fully-clothed in the house”. The 75 year-old fell to the ground, briefly unconscious. Initially the officer on the scene was after 12 year old Yazan, who was terrified of the balaclava-wearing troops; though, the officer changed his mind upon seeing Nur. Nur was grabbed and pushed hard before being handcuffed, blindfolded and then marched outside without any shoes, leaving behind his screaming siblings. His mother and uncle were roughly handled as the soldiers proceeded to chaotically search their home.
Nur’s family pleaded to know why he was being taken, but received no answer. They requested for him to be properly dressed; however this appeal was met with a violent response from the soldiers. Nur was initially taken to Ariel Police Station, before being transferred to Huwwara military base. It was alleged that Nur was throwing stones; the soldiers intimidated the child into accepting a caution, even though no evidence was given for his detention. His family was made to wait for him through all this out in the rain. 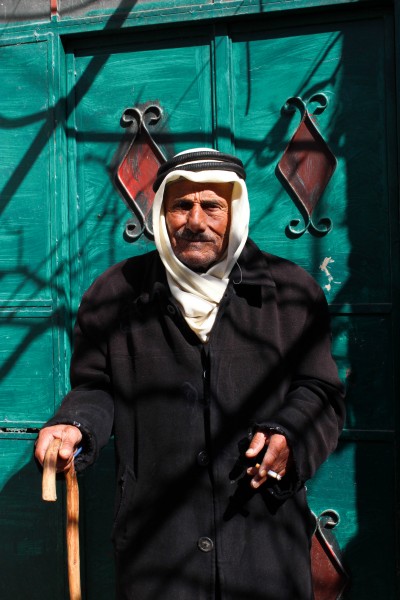 The grandfather normally uses a cane to walk

Nur was fortunately released later on due to his age, but his 20 year old brother, Fareed Atar Fareed remains captive, along with 17 year old Hindi Ead Abdul Aheem another 20 year old, Masjd Atar Fareed Sultan, these 3 were detained in a raid that happened a fortnight before.

15 year old Rabia Samia Sala Sultan who was apprehended the same night as Nur – was also freed, whilst less information is presently known about Rabia’s 18 year old brother, Morad. As of now he currently awaits release.

Haris is very close to two illegal, Israeli settlements. To the east, Revava and to the north, the settlement of Ariel, the fourth largest of Isarel’s settlements, which are gradually annexing the West Bank;
creating what are often referred to as “facts on the ground”, standing in the way of Palestinians being able to retain future sovereignty over vast areas of their own land. This is in direct violation of Article 49 of the Fourth Geneva Convention, a view upheld by the UN’s Security Council, General Assembly, International Court of Justice, European Union, International Commitee of the Red Cross, Amnesty International, B’Tselem and Human Rights Watch.