New
Home / Reports / My family has been seperated

My family has been seperated 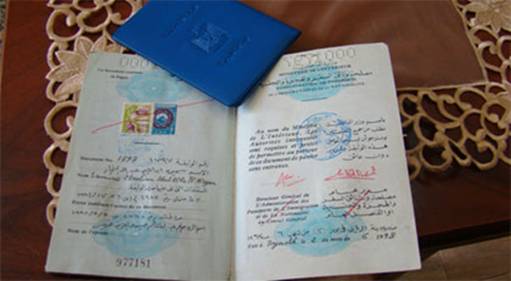 imposed on it by the Israeli authorities. However, the territory became a prison for many Palestinians long before the closure came into effect. In the early stages of the occupation of the West Bank and Gaza Strip, which has been ongoing since 1967, Israeli authorities conducted a census in the occupied Palestinian territory, and counted 954,898 Palestinians. This census excluded all Palestinians who were not present during the process, either because they had been displaced due to the 1967 war or because they were abroad for studies, work, or other reasons. These Palestinians were not included in the population registry. Thousands more Palestinians, who spent any considerable length of time abroad between 1967 and 1994, were also struck from the registry. Israel requires Palestinians to be included in this population registry in order for them or their children to be considered lawful residents and obtain Israeli-approved identification cards and passports. Israel, being the occupying power of the Gaza Strip, decides which Palestinian citizens should receive identification and travel document. According to the Ministry of Interior in the Gaza Strip, there are 4058 Palestinians in Gaza who do not have travel documents to enable them to travel outside Gaza.

Mona Khrais, 27, and her family have borne the brunt of these harsh policies for many years. Mona’s father, Abdulfattah Hussein Khrais, 70, was forcibly displaced to the Gaza Strip in 1948 and lived there for many years as a refugee. In 1967, when the Israeli census was carried out, Abdel was studying abroad in Egypt. Mona explains: “From Egypt my father moved to Libya and worked there for 15 years, where he got married, and then my parents moved to Saudi Arabia and stayed there for 20 years until 2000. My father worked as a physics teacher in Saudi Arabia and when his tenure ended there, we came to Gaza. To reach Gaza, we had to obtain visiting permission from the Israeli authorities but, since arriving here, we have not been able to travel outside Gaza.” Mona adds: “We are not able to leave because we are not recognised by Israel as Palestinian citizens. We need Israeli-approved passports to be able to travel outside Gaza. We applied for them after coming here in 2000, but so far we have not heard anything from the authorities.”

Mona and her family have suffered great hardship as a result of being trapped in the Gaza Strip, and her frustration is reflected in her voice as she says, “We are recognised as Palestinian citizens by the government in the Gaza Strip, but because Israel does not have our names on a list we are not recognised anywhere outside Gaza. The local government in Gaza has issued us identity documents, but these can be used only inside Gaza. These documents are meaningless beyond the borders of Gaza.”

Mona further explains the impact of the lack of valid identification and travel documents: “We have had to face many problems because of our situation. My brother, Hani, who lives in Canada and has a Canadian passport, was denied entry into Gaza by the Egyptian authorities because, just like us, he too is not registered as a Palestinian by Israel. Last year, in July, he and his wife and three children travelled from Canada to visit us. They were not allowed to enter Gaza and had to stay in Egypt for an entire week. During that time, they travelled to the Rafah crossing every day to try to reach Gaza, but they were denied entry each time because they don’t have Israeli-approved passports. I have not seen my brother in 12 years, and my nephews not even once.

Other family members living outside Gaza have also been affected: “My mother’s brother, who lives in Sweden, cannot travel to Gaza due to a serious heart condition and, because my mother cannot go outside Gaza, she has not been able to see him for a very long time. Also, my father has not seen his brother, who lives in Gambia, for years because he can’t come to Gaza either. My family has been separated because of our situation.”

Not having a valid travel document has negatively impacted Mona’s ability to advance in her education and career. She explains, “I wanted to study Management in a university abroad but, because I cannot travel outside, I cannot apply. I am also not eligible to apply for various jobs because they require me to hold a travel document. My younger brother, who lives with us in Gaza, achieved a score of 96% in his high school exams but, just like me, he has been unable to enrol in a university abroad. It is my right to choose my education and the same goes for my brother.” Despite these difficulties, Mona has been trying to make the best of the past 12 years. She presently works with the Palestinian Centre for Human Rights in Gaza.

The family’s inability to leave the Gaza Strip could have serious consequences in the event that a member of the family falls ill, something Mona fears: “My worst fear is that if anyone in my family falls seriously ill and has to travel outside Gaza for treatment, they won’t be allowed because they don’t have a passport.”

Mona’s father Abdulfattah says: “The simple thing is that, because we are Palestinian citizens, we should have Palestinian passports. Just like us, there are many other Palestinians who are in this difficult position.” Mona’s mother, Samira Ibrahim al-Najjar, makes a plea to the Israeli authorities, saying, “I want my passport. Please give it to me. I want to see my son and grandchildren.”

Under international law, Article 12 of the 1966 International Covenant on Civil and Political Rights guarantees that “everyone shall be free to leave any country, including his own and no one shall be arbitrarily deprived of the right to enter his own country.” Moreover, according to the United Nations Human Rights Committee [General Comment No. 27], “Freedom to leave the territory of a State may not be made dependent on any specific purpose or on the period of time the individual chooses to stay outside the country. [. . .]The right of a person to enter his or her own country recognizes the special relationship of a person to that country. The right has various facets. It implies the right to remain in one’s own country.” The Human Rights Committee also observed that “A State party must not, by stripping a person of nationality or by expelling an individual to a third country, arbitrarily prevent this person from returning to his or her own country.” Also according to the International Court of Justice, persons who have a genuine and effective link to a country, such as habitual residence, cultural identity, and family ties cannot simply be banned from returning to that country.