in Features, Hebron, In the Media, Press Releases February 24, 2013

Palestinians protesting last night’s death of Arafat Jaradat while in Israeli administrative detention clashed with Israeli Occupation Forces throughout today in Hebron. Israeli officials claim that Jaradat died in an interrogation centre of a heart attack despite having no health conditions prior to his detention. In a recent court appearance, Jaradat told his lawyer, that “he had serious pains in his back and other parts of his body because he was being beaten up and hanged for many long hours while he was being investigated”. Jaradat was father to a 4 year-old daughter and 2 year-old son and worked as a petrol station attendant;  his widow, Dalal, is currently pregnant. 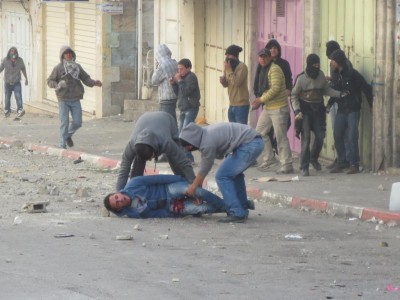 Centered around the Bab al-Zawiyeh area of central Hebron, soldiers primarily fired rubber-coated steel bullets and stun grenades at around 1500 demonstrators. Skunk water and teargas was also used excessively at times. An alarm to disperse crowds was played at high volume followed by a warning from the ‘American Technology Corporation’. Dozens were injured (including journalists and one ISM volunteer) with ambulances driving back and forth amongst the crowds.
At least three were injured by live ammunition, including one teenager who was shot in the thigh with a live bullet, which were fired at demonstrators throughout the day. He was taken to Ramallah hospital, but was swiftly moved elsewhere as his condition became critical.

Around an hour ago the soldiers announced that they were about to fire live ammunition into the crowds.
The army was clearly expecting a backlash for the death of Jaradat, with soldiers stationed on the rooftops throughout the old city since the early hours of the morning. Less than 500 meters away on Shuhada Street, around two hundred settlers wore fancy dress, drank alcohol and danced on the street in celebration of the Jewish holiday Purim . 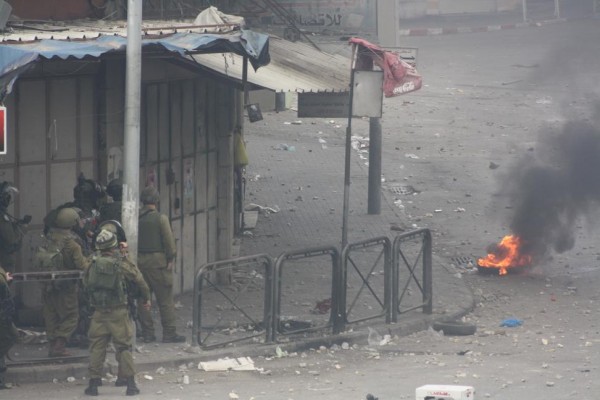 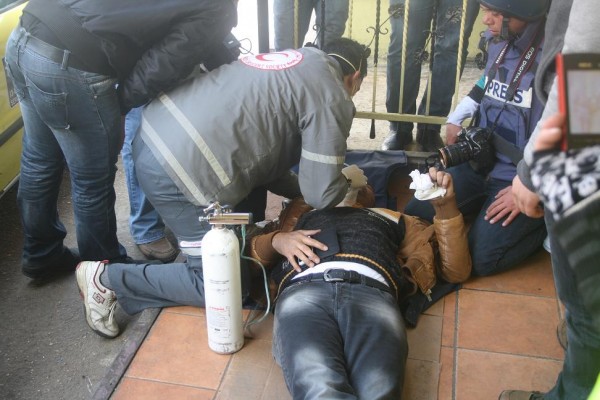 A journalist being treated for teargas inhalation 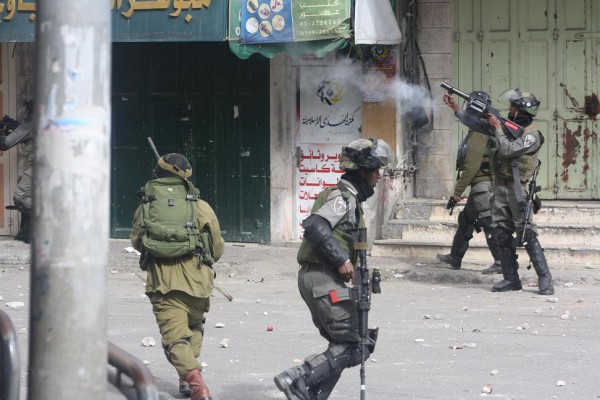 Soldiers mixed their use of rubber-coated steel bullets, teargas and live rounds 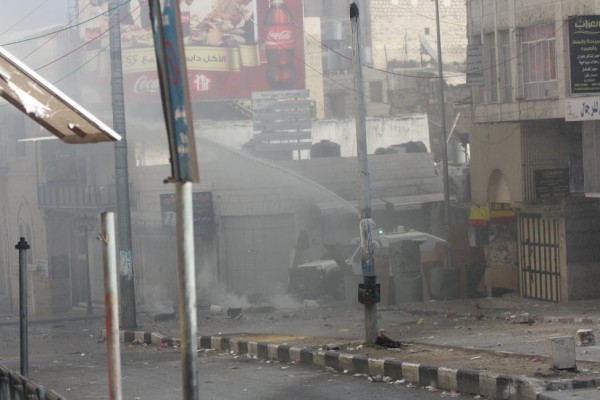