Four buildings were demolished in Beit awwa, one journalist hit in the leg with tear gas canister and treated in hospital.

On the morning of Monday 11th February Israeli occupation forces bulldozers protected by soldiers entered the village of Beit Awwa. They demolished four buildings. A chicken house, an agricultural storage house, a well and a house seasonally inhabited in the summer. The buildings had demolition orders put on them eight months ago. 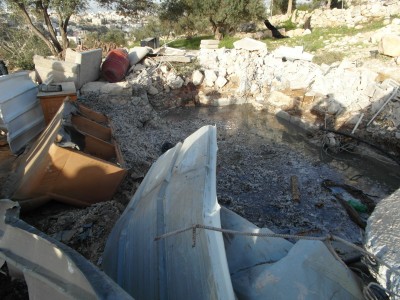 Remains of a house in Beit Awwa

Residents of Beit Awwa said that the army came into the village and destroyed the buildings very quickly. The Israeli army then wanted to demolish two more homes but the people of Beit Awwa rushed to the homes and locked themselves inside, preventing the houses from being demolished. Residents said that concerning the two houses the soldiers said “We will be back next week.” Around fifteen homes in Beit Awwa have demolition orders on them.

Clashes then ensued with the residents attempting to protect their village from the Israeli army incursion. The army responded by firing large amounts of tear gas, injuring six people. One journalist from Palmedia was hit in the leg with a tear gas canister and taken to hospital. The other people injured were treated at a medical centre in the village.

Beit Awwa has the aparthied wall and settler only roads on three sides of it and a new settler only road is being built along the other side of it. In recent days there have been regular flights over the village and officials have been seen suurveying the land. On the 10th of February two black hawk Apache helicopter gunships circled the village. When this new road is built the village will be completely isolated from the rest of the West Bank. There is a large military base next to the village housing an anti missile battery. In January 2009 a sixteen year old boy was shot dead as he placed a Palestinian flag on the fence next to a settler only road by a sniper from the base. There is also very close to the village the illegal Israeli settlement of Nogo Hot.
Team Khalil 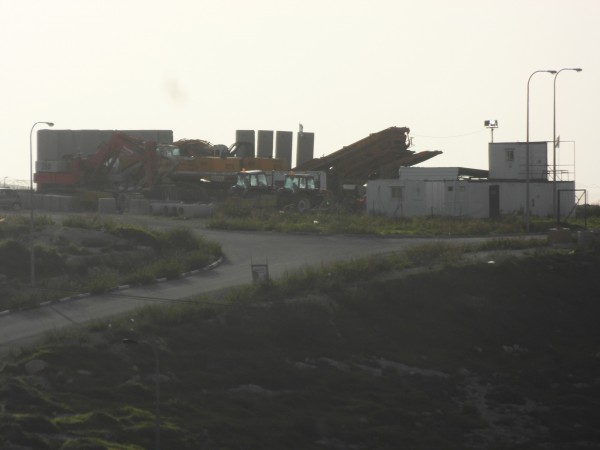 A child sits on top of her demolished home. Photo from Beit Awwa facebook page