A demonstration was held outside Ofer prison in Ramallah as part of a week of action in solidarity with Palestinian political prisoners, and in particular to protest the continued detention of Samer Assawi who is on his 207th day of hunger strike whilst being held without charge.
Several hundred attended traditional Friday prayers which were held outside the prison gates in an act of nonviolent resistance. 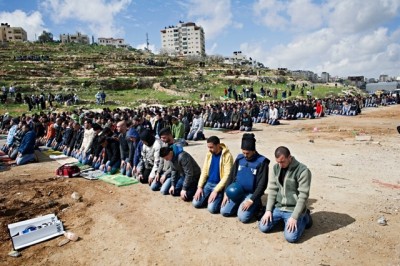 Clashes ensued between protesters, including stone-throwing youth, and the Israeli army which responded by firing tear gas, rubber-coated steel bullets and, later on, live ammunition. During the clashes, which continued for around three hours, two Palestinians from Ramallah were hit by live ammunition in the shoulder and the leg. Dozens of Palestinians, including journalists, were taken away in ambulances to be treated for injuries caused by rubber-coated steel bullets as well as teargas inhalation. There are also reports of ambulances being deliberately targeted with rubber-coated steel bullets as injured protesters were being carried inside. This demonstration coincided with dozens of others across the West Bank. 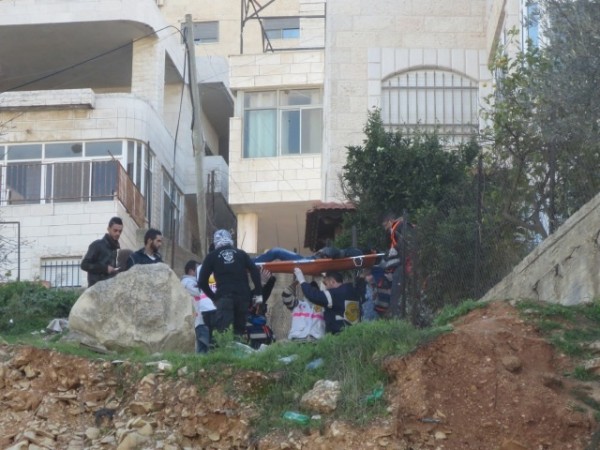 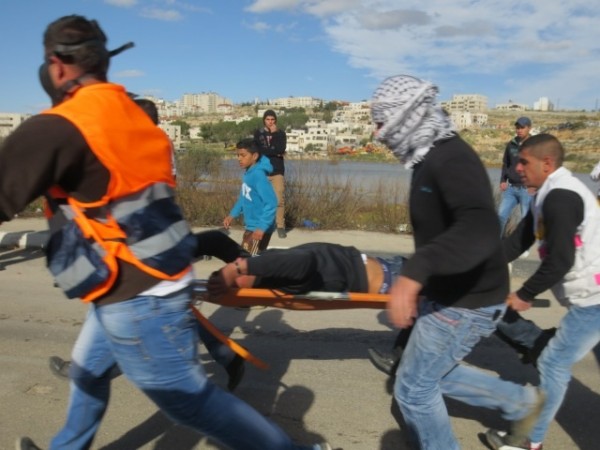 Person being carried away in stretcher after tear gas inhalation