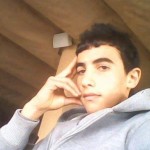 On Friday January 18th at approximately 3.20 pm, fifteen year old Saleh Elamareen was shot in the head by an Israeli soldier in Aida refugee camp, Bethlehem. Today Wednesday 23 January he was pronounced dead.

Salah Elamareen was outside the Lajee Refugee Centre when he was shot through the left forehead. The Centre lies some distance from the wall itself. At the time of the shooting eyewitnesses have said that protests were not happening, and that the people of Aida were simply watching the soldiers from afar. This is supported by video documentation of the incident, which shows a group of youth carrying Elamareen after he was shot.

Two of the doctors who treated Elamareen did not rule out previous rumours that he was shot with a dumdum bullet, due to the fragmentation of the bullet within his head. Another doctor has claimed it was definitely a dumdum bullet in his opinion. 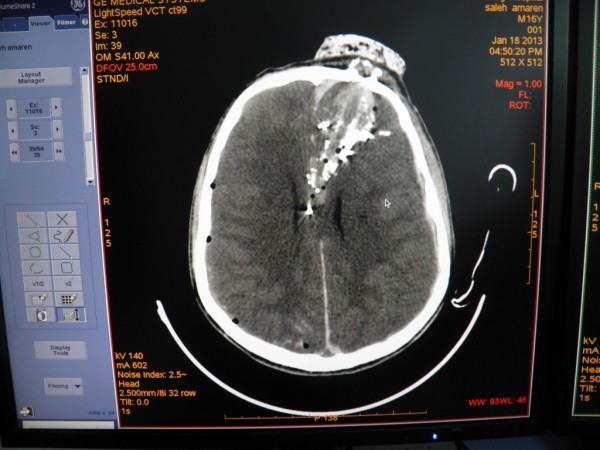 Dumdum bullets expand after impact and are designed to cause maximum damage and pain. Due to the brutality of these bullets they are illegal under international law. Article 8 at the Review Conference of the Rome Statute in Kampala made the use of expanding bullets in non-international armed conflict a war crime. The Hague Convention also prohibits there use in international warfare. If the doctors are correct and a dumdum bullet was in-fact used, this would be another serious violation of international laws and standards by Israel.

The head of the department under which he was treated at the government hospital said he was hit with the bullet in the left frontal section of the head, around the eye, causing large intracranial hemorrhaging. A number of doctors who looked at the patient concluded that the bullet exploded in the brain. The CT scan shows the shrapnel inside his skull. The entry wound shows significant impact to the skull, and there is no exit wound.