While people around the world were celebrating the start of a new year the Palestinian town of Qusra in the West Bank was under attack. Around midnight 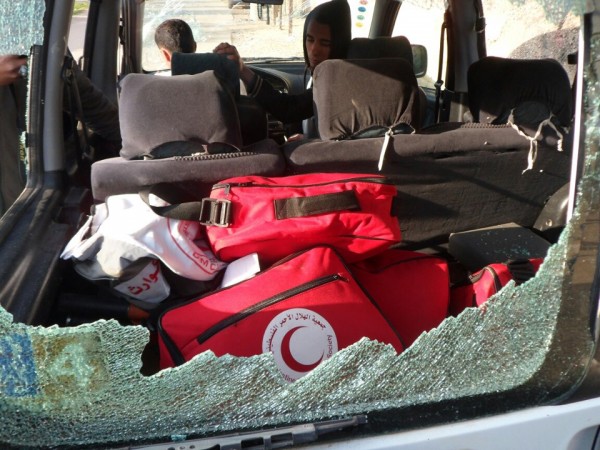 settlers entered the agricultural outskirts of the town, uprooting approximately 250 trees. Reports from some of the villagers spoke of the Israeli Army lighting parachute flares over the olive groves to assist the vandals.

After a long night, the settlers returned in the morning with dogs. An elderly woman was home alone when she heard stones begin to pelt the outside of her house. Angry voices screamed “come out Arab men, come out and fight”. They trashed the tractor parked in her driveway, smashing its windows. Large stones built up on her rooftop, still visible when ISM visited her a few hours later. 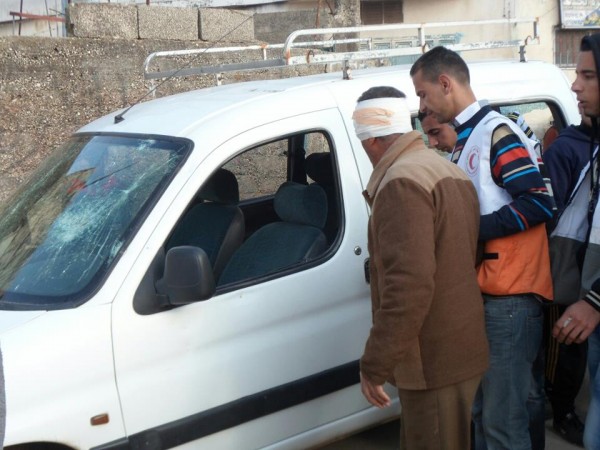 The woman called for help and villagers responded by marching en-mass towards her house. At this point the settlers fled to a hilltop above the town and the Israeli Occupation Force moved in.

Angry clashes followed between the villagers and the Army causing significant casualties: at least 5 people were hospitalised; approximately 20 people were treated on the scene for inhalation of tear gas; around 15 sustained injuries from rubber bullets. While the Army engaged villagers in Qusra, reports came that the settlers had moved on to the village of Jalud. They set up a makeshift roadblock between Jalud and Qusra, terrorising Palestinian cars moving between the two villages. 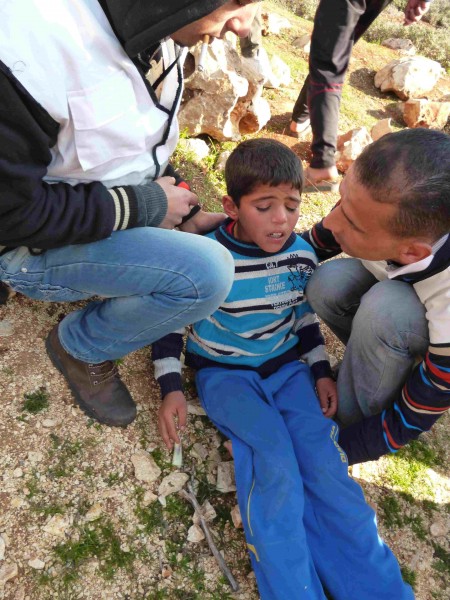 At around 3pm a Red Crescent driver was driving supplies between Jalud and Qusra when he encountered the roadblock. The driver – Abdul Kareem Hassan – had his vehicle stopped and was pelted with numerous large stones by the settlers. Every window of the vehicle was smashed and Abdul Kareem suffered blows to head from the stones. By the time he was able to reach Qusra he was bleeding from the head and suffering respiratory stress.

A local resident told ISM he could not remember a week in the last two years when Qusra did not suffer from some kind of settler initiated aggression. Today’s attack, however, was particularly severe and an unwelcome start to the new year for the people of Qusra.