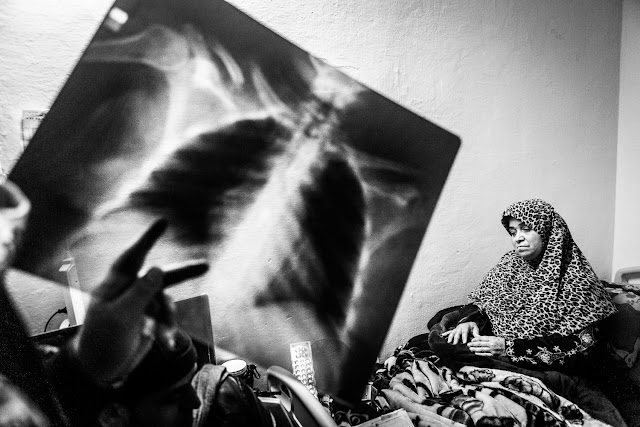 Amna Hajazi (43) sitting on her bed in a rented room in Jabalia refugee camp, after her home was destroyed by a bomb. On November 19th 2012, a missile hit her home, killing two of her sons – Mohammad (4) and Suheen (2) – and her husband Fu´ad (45). As a result of the explosion, her collar bone was broken (as seen on the X-ray) and got shrapnel embedded into her head, damaging her central nervous system and rendering her unable to walk.
After being in Egypt for treatment, she was told by the doctors that the shrapnel is damaging her brain tissues, and if not removed promptly, it will cause severe damages that could cause her death. She is now waiting for a surgical operation that for the moment, is uncertain where or if it will be performed. 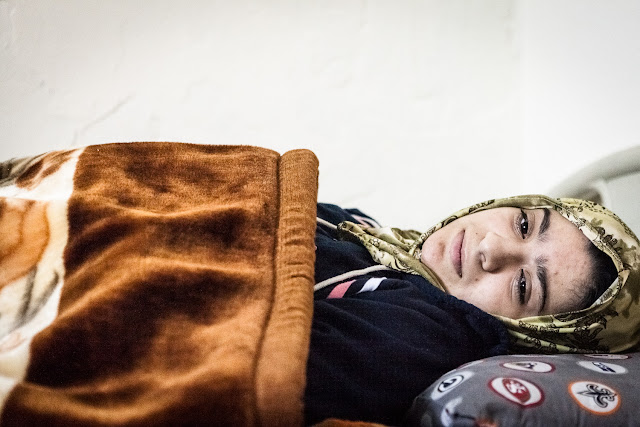 Noor Hajazi (19) lying in bed sustaining a severe spinal injury caused by the explosion that destroyed her home. She was thrown by the blast around 20 meters, hitting the stairs of a neighbour´s home. The impact damaged six vertebrae, leaving her bed-ridden for the next six months. Prior to the attack, she was a university student, and as a result of her injuries she will not be able to continue her studies. 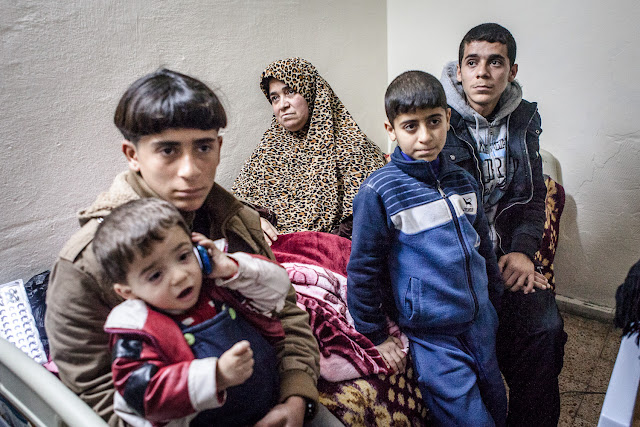 Amna Hajazi sitting in bed with her surviving children. Masab (2 – playing with a cellphone), lost his twin brother Suheen (also aged 2) in the explosion that destoyed their home. 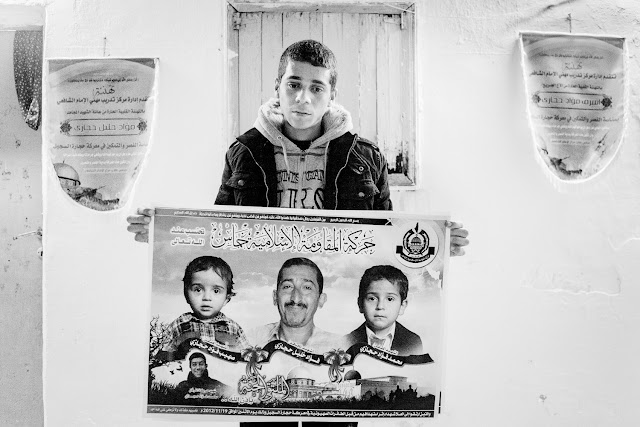 Mustafa Hajazi (17) holding a poster with the photographs of his father Fu´ad and his brothers Mohammad (right) and Suheen (left), murdered by Israeli forces during the “Pillar of Defense” operation in Gaza.
On the bottom-left corner of the poster there is a photograph of Mohammed, murdered in 2009 during the “Cast Lead” operation. His mother Amna was pregnant at the time he was killed, and after giving birth to her new child she decided to call him Mohammad, in honor of her deceased son. The younger Mohammad, aged four, was killed on November 19th by a missile explosion while he was in his home in Jabalia refugee camp.
Photos: http://desde-palestina.blogspot.com
2013-01-09
Yara