Last night more than forty Israeli soldiers invaded the city of Nablus and raided two homes looking for two young men. One of them was arrested 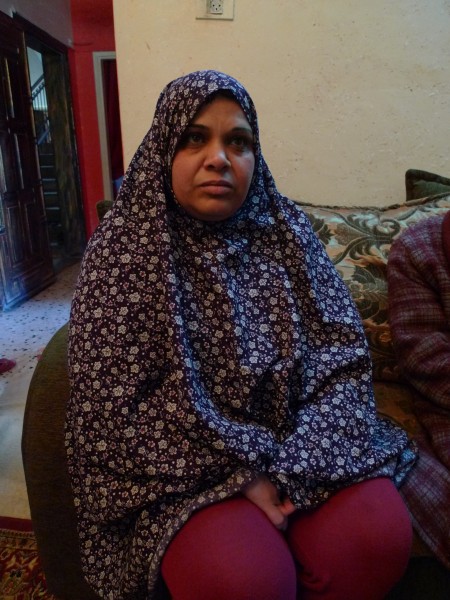 during the raid and the other one avoided arrest as he was working at the time of the raid.

At 2.30 am, dozens of Israeli soldiers with several dogs broke into Mead Nijad’s house breaking the door with a hammer and violently interrupting the family’s sleep. As the soldiers entered the house, they ordered everyone to have their hands up; they asked for Emad, blindfolded, handcuffed and arrested him. Immediately after, they took the ID’s of all family members and locked them outside the house on a cold winters night. In the meantime, the soldiers ransacked the whole house causing widespread destruction. They also took with them the young boy’s working tools. As Emad’s mother explains, “if they come with dogs, why do they have to destroy everything? If there is something in the house, the dogs would find it”. Furthermore, no reasons for why they arrested Emad were given; the commander just said “your son has caused problems to the Israelis, if you want to know where your son is, come to Huwwara”. The family still does not know the fate of their son.

In the case of Moaz Darduk (19), dozens of only Hebrew speaking soldiers arrived in his house at 3 am while he was at work and woke his parents up. As they asked for him and his father told the soldiers he was not at home but working, they locked his mother in a room and took his father to his other son’s house just in the next building. The commander, who was the only one speaking Arabic, kept saying to his father “do you know who I am? I am Haroun and I came here to kill your son”. When the commander went back to Moaz’s house he told to his parents “I want you to remember who I am, I am Haroun and I am here to kill your son. If you do not bring your son to Huwwara tomorrow morning at 9.30, we will kill him and return him to you in a coffin”.

Night raids and home searching are common tools used by the Israeli Occupation Forces to arrest Palestinian youth for no reason and as a collective punishment to scare Palestinian families.