Israeli settlers from the illegal Beit Eyen settlement, which borders the Palestinian town of Beit Ummar, attacked a family home located in area C on the outskirts of Beit Ummar in the early hours of Tuesday morning.

At around 1 am on Tuesday 1 January 2013, Sohel Mohammed Hussein Briget was awoken by the sound of his car engine exploding. Briget gathered some of his family members and went outside to find his car and tractor on fire and his walls vandalized by graffiti.

The family were unable to extinguish the car fire as it was already out of control, however, they managed to salvage the tractor before it was destroyed.

The walls of the property were covered with the star of David and racist slogans in Hebrew that translate to, “The only good Arab is a dead Arab”.

Shortly after 1 am Israeli occupation forces arrived at the Briget home and the soldiers apologized for the actions of the settlers but have yet to make any arrests, even though there is a surveillance camera positioned between the settlement and the house.

This is the second time the residents of the illegal Beit Eyen settlement have targeted the Palestinian home with mindless and violent actions. The same humiliating tactics were used in 2011 when they burnt two other vehicles and spray painted similar hate slogans on the property. 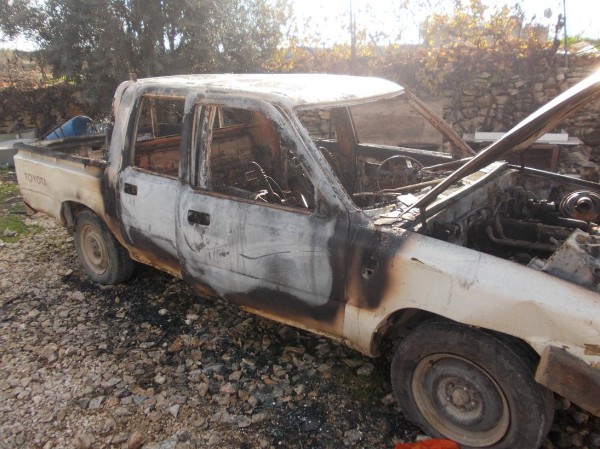 Remains of the burned car 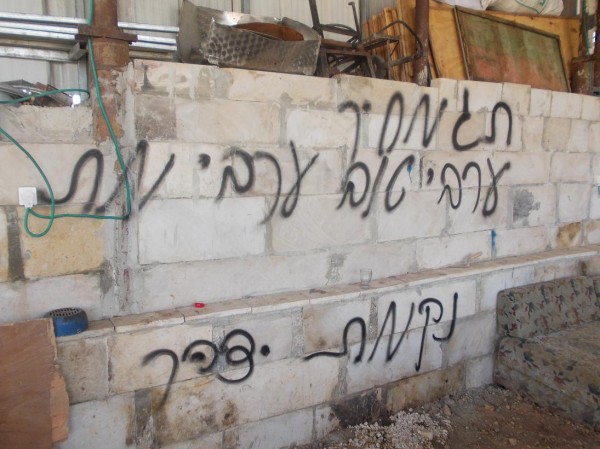