Israeli military bulldozers destroyed four homes in a morning of mayhem in the South Hebron Hills. The demolitions were carried out by plain clothed officers accompanied by 15 Border Police and two bulldozers. 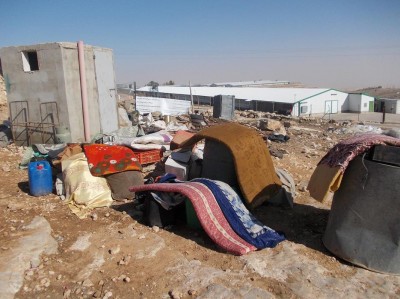 At 8 am Monday 14th January the house of Shoib Hathaleen in the village of Um Al Kheir was demolished by the Israeli occupation forces bulldozers. Eight people lived in the house, four adults and four children. Shoib has had a stroke and is unable to speak. The family were able to remove their possessions and pile them up next to the rubble of their home. The house had a demolition order put on it three years ago and on this morning the Israeli military turned up unexpectedly to wreak havoc on this refugee family. Their status as refugees means that the Red Cross who visited the family shortly afterwards has to check with the United Nations Works and Relief Agency (UNWRA) before supplying them with basic aid such as a tent for shelter from the cold.

From Um Al Kheir two Israeli army bulldozers drove to an area called Shakia, near to the village of Hawara, between Um Al Kheir and Al Dereit. This is a rural area and the houses are spread far apart across the hills. The two bulldozers, acccompanied by Israeli army jeeps and plain clothed officers possibly from the District Coordination Office (DCO) driving in white pick up trucks drove around the area leaving a trail of destruction in their wake. 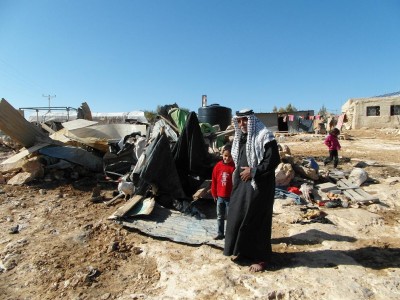 At 9:45 am the next house to be demolished belonged to Ziad Makhamri.Ziad lives in this house for four to five months a year in the spring. Ziad owns a hundred sheep and lives in the house when his flock grazes on the lands around the house which he owns, the rest of the year Ziad lives in the village of Birl Ed. The family recieved a phone call to say the Israeli army were demolishing their house. They turned up to see the house lying in ruins. “The family were given no notice and no reason as to the destruction of their house, there was no demolition order on the building,” a family member Jamille Makhamri, a vetenary doctor said. “This is area C, we did not have a permit to build the house but the Israelis don’t ever give permission to build,” he added. Area C is under full Israeli civil and military control and permissions for Palestinians to build on the lands they own is very rarely granted.

At 10:45 am the home of Waleed Saljbor’s family was destroyed. And at 11:10 am the family of Mohammed Ali Issa Atayet, comprising of fifteen people including children, found themselves homeless as the Israeli occupation forces bulldozed their home.

The Israeli military targeting civilian housing in the middle of winter, leaving people to fend of the bitterly cold weather with little more than the clothes they are wearing, can only be described as acts wonton destruction carried out against farmers who work the land, and refugees. 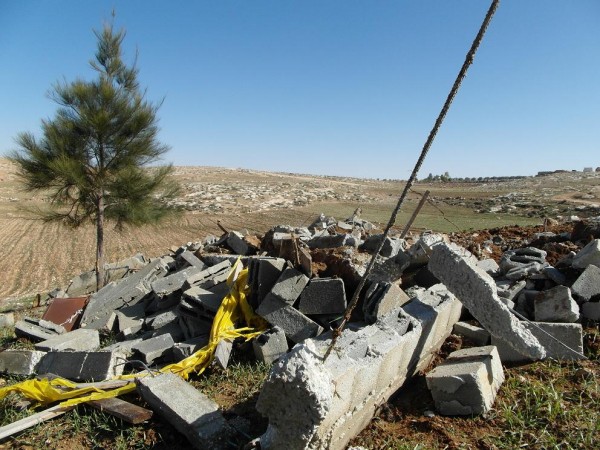 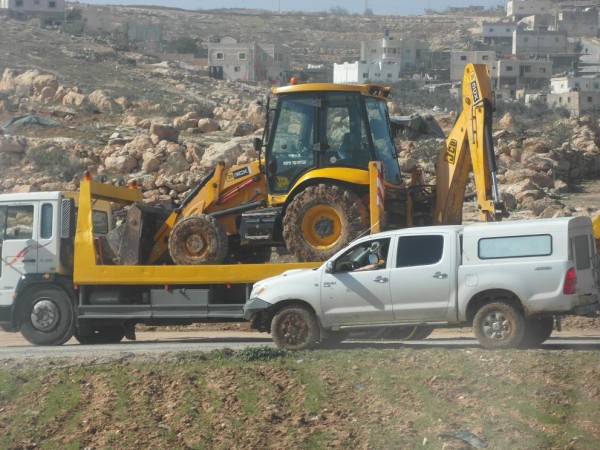