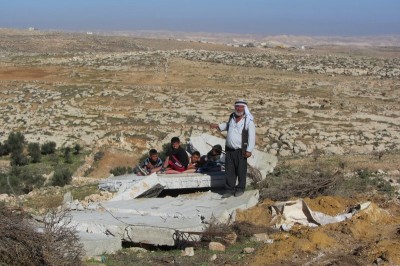 At around 8.30 am two bulldozers and three vehicles from the District Coordination Office (DCO) raided in the village of Ar Rifa’iyya, escorted by five Border Police vehicles. They demolished one house, belonging to Amed Mohammad Jaber Amor and his family consisting of 20 people. His brother Sabbri declared that the house was demolished twice previously because it is three meters outside the village master plan.At 9 am the Israeli forces moved to Hawara village, where they destroyed one water cistern belonging to Musa Abu Aram. The cistern was full of water. This is major damage as water supply in this area is particularly critical. The two villages are located along the road 317.

Afterwards the military convoy and bulldozers stopped at the entrance to At Tuwani village, where they damaged the road connecting the villages in Massafer Yatta area to the northern city of Yatta. At first they destroyed part of the little wall built alongside the road. Secondly they piled these ruins on the street, causing travel obstruction. The local council representative declared that they had never received a demolition order for that street. He added that the council appealed to the Israeli Civil Administration in order to receive a work permission for the street, but no answer was ever received.

“The aim of demolitions is to expel us from here and to take us to the other side of 317 road”, said Sabbri M. J. Amor from the village of Ar Rifa’iyya, “Nevertheless, we will rebuild this house again. Palestinian resistance is like the grass: it gets dry, but when it rains it grows back.”

The policies enforced by the Israeli authorities in Area C restrict the possibility to access to basic needs for the residents and prevent development of Palestinian communities. An OCHA Occupied Palestinian Territories research demonstrates that “in some communities, families are being forced to move as a result of Israeli policies applied in Area C. Ten out of 13 communities recently visited by OCHA reported that families are leaving because policies and practices implemented there make it difficult for residents to meet basic needs or maintain their presence on the land.”

Most of Area C has been designated as military zones and for expansion of Israeli settlements, severely constraining the living space and development opportunities of Palestinian communities. While it is virtually impossible for a Palestinian to obtain a permit for construction, Israeli settlements receive preferential treatment in terms of allocation of water and land, approval of development plans, and law enforcement.

According to the Fourth Geneva Convention, the Hague Regulations, the International Court of Justice, and several United Nations resolutions, all Israeli settlements and outposts in the Occupied Palestinian Territories are illegal. Most settlement outposts, including Havat Ma’on (Hill 833), are considered illegal also under Israeli law.

Operation Dove has maintained international presence in At Tuwani and South Hebron Hills since 2004. 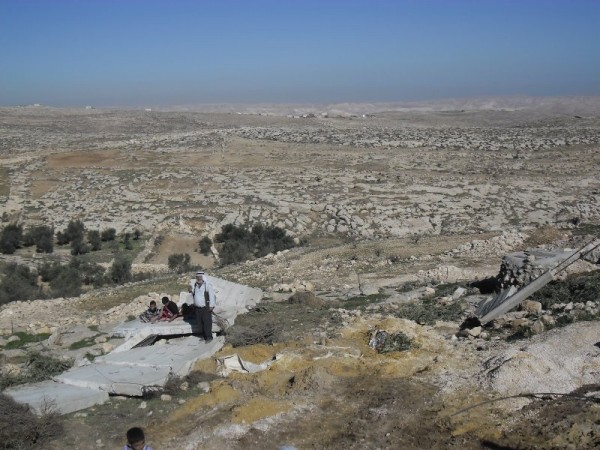 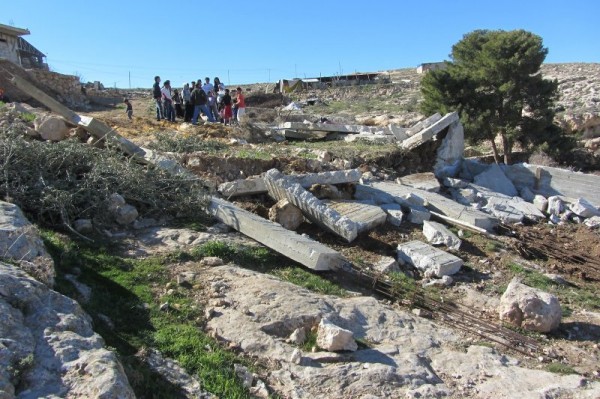 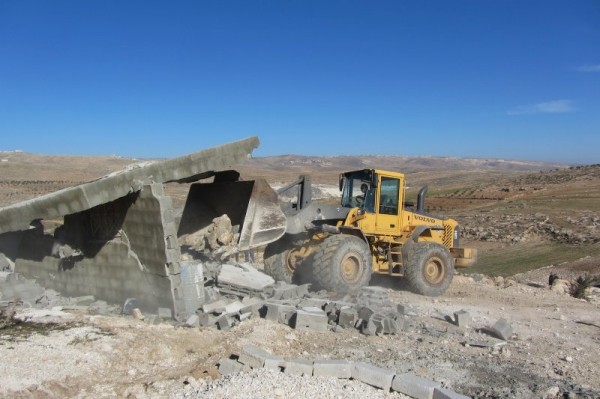 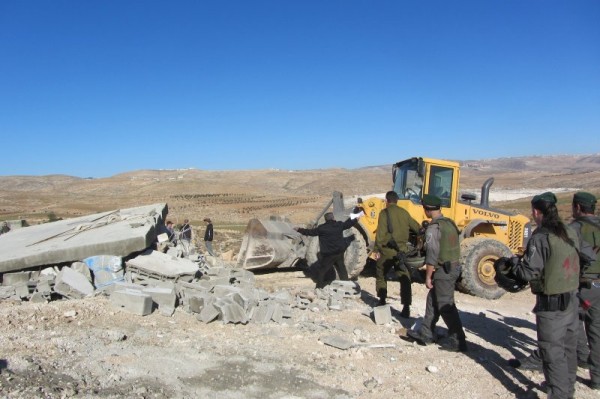 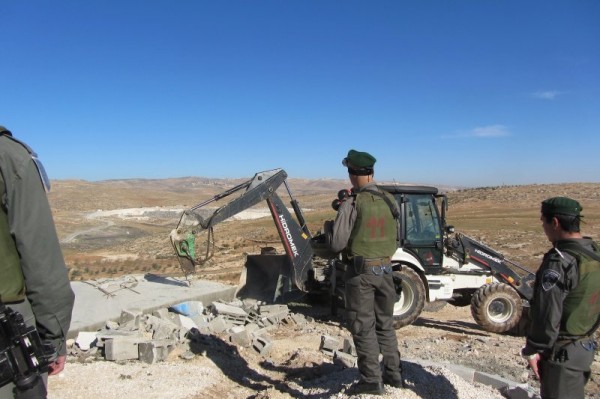 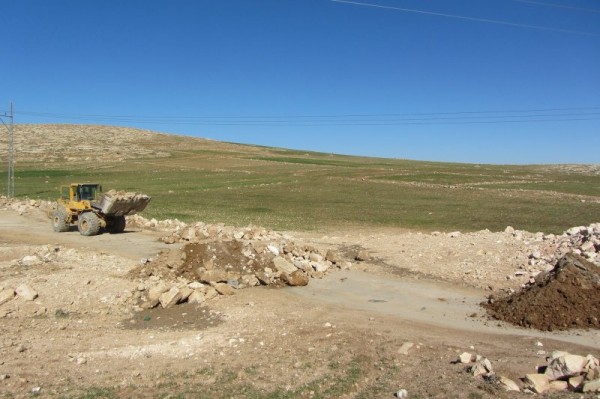 Volvo bulldozer blocking the entrance to At Tuwani village 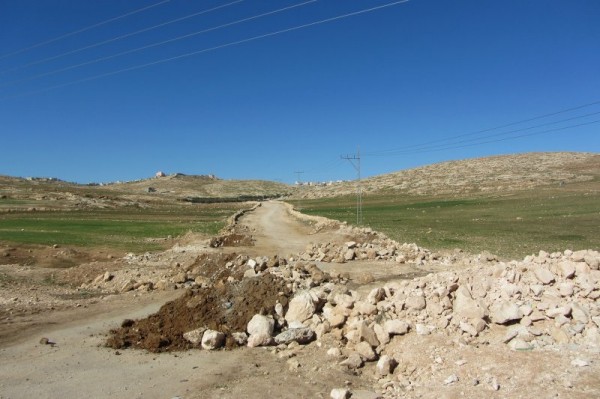 Earth obstruction at the entrance to At Tuwani village

More photos can be found here.