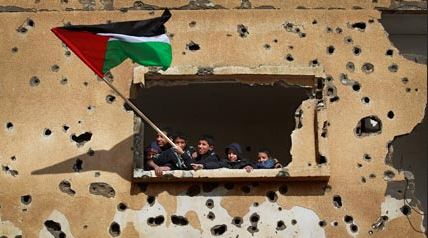 1400 Palestinians including 300 children, a call urging EU citizens to ask their representatives to suspend the EU’s trade agreements with Israel, until it complies with international law has been issued by grassroots networks and organizations across Palestine.

Titled Time For Justice – A call from Palestine to EU citizens, the call has gone out in the 24 EU languages. It states that while recent “statements of concern regarding Israeli war crimes and international law violations are welcome in practice Israel’s military occupation and apartheid policies receive direct and concrete support from Europe.”

The groups urge EU citizens “to act for justice now” by telling their representatives to “suspend Europe’s trade agreements with Israel as well as end trade with companies operating in settlements on occupied territories until Israel fulfils its obligations under international law; ending its occupation and colonization of all Arab lands and dismantling the Wall; recognizing the fundamental rights of the Palestinian citizens of Israel to full equality; and respecting, protecting and promoting the rights of Palestinian refugees to return to their homes and properties as stipulated in UN resolution 194.”

For the full text in all EU languages click https://palsolidarity.org/timeforjustice-text/