Around 500 Israeli soldiers invaded the village of Burqa, north-west of Nablus, in the middle of the night, ransacking homes and causing damages amounting to thousands of euros.

Soldiers arrived in over 30 military jeeps at around 1:00 am and broke into 36 houses where whole families were asleep. People in Burqa recounted their horror at finding armed soldiers with dogs surrounding their beds, and at being forced to leave their homes and stand in the rain as the Israeli military carried out its operation. One old woman who complained that the conditions were detrimental to her weak state of health was simply told to ‘shut up’ by the soldiers. Another man described how he had to wait for hours in the rain with his one-year old daughter dressed only in her pyjamas. 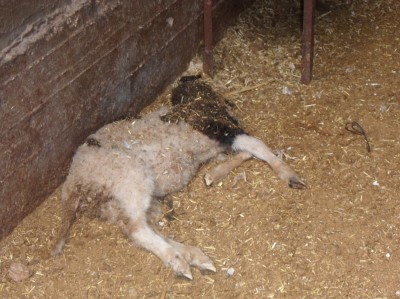 When the families were allowed back into their homes they found everything turned upside down. Furniture, electronic appliances, water pipes, tiles and windows had been spitefully broken. As villagers took us from home to home we witnessed the same scene of disaster repeating itself in each place. Clothes and mattresses were all over the place, drawers were broken, fridges and washing machines had been slammed on the floor. A newly married couple showed us their brand-new furniture that had been smashed when the soldiers threw the wardrobe onto the bed. In another house buckets of paint had been tipped over, spilling all over the floor and a man took us to his animal shelter where one of his lambs had been killed by the Israeli soldiers. Most families were not given reasons why this raid was taking place, while one man whose house was ransacked was told by the soldiers they were searching for weapons. However, in his opinion this was simply revenge by the Israeli state following the UN vote which granted Palestine an observer status 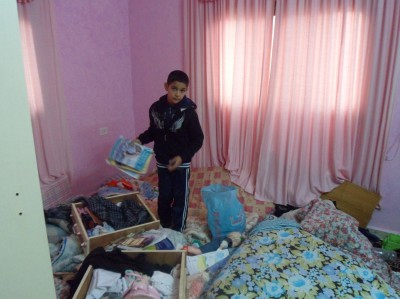 within the general assembly.

The villagers said that the soldiers came from the nearby Israeli settlement, Homesh and returned there after the operation ended at around 7:00am. The illegal Homesh settlement was said to have been dismantled by the Israeli authorities. Nonetheless, it is presently inhabited by around 20 settlers living in caravans. The land surrounding the settlement is off-limits to the villagers of Burqa, including farmers who have land there. Furthermore, a few days before, settlers had come into the village and started shooting in the air. This is the latest in a series of attacks meant to scare the people of Burqa. 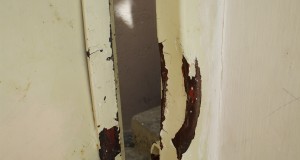 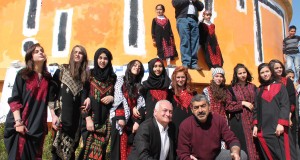 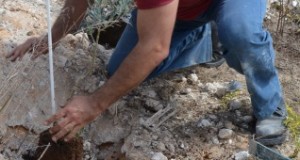 Palestinians celebrate the reclaiming of their land