On Friday, September 7, Israeli forces sealed off the village early in the morning and at least 4 people were detained hiking over the hill and two cars of Israeli activists were also detained while on route in to Nabi Saleh. All were released in the evening.

On Friday evening after the weekly demonstration, Israeli forces drove through the village playing loud noises through speakers. Clashes broke out and Israeli military fired tear gas and at least one live round in the air. This week was relatively quiet with no serious injuries sustained. 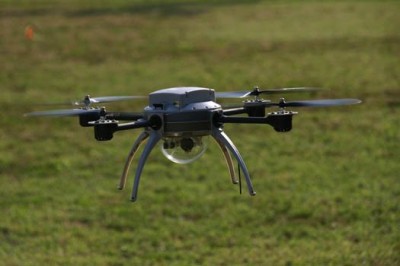 Palestine as a weapons industry laboratory and BDS

Naomi Klein talked about the Israeli war economy in her book The Shock Doctrine (2007) warning:

“The Israeli Export Institute estimates that Israel has 350 corporations dedicated to selling homeland security products, and 30 new ones entered the market in 2007. From a corporate perspective, this development has made Israel a model to be emulated in the post-9/11 market. From a social and political perspective, however, Israel should serve as something else—a stark warning. The fact that Israel continues to enjoy booming prosperity, even as it wages war against its neighbors and escalates the brutality in the occupied territories, demonstrates just how perilous it is to build an economy based on the premise of continual war and deepening disasters.”

Israeli economist Shir Hever wrote an essay in 2011 which made the point that Israeli arms companies such as; Elbit, Magal and Nice increasingly rely on Palestinians to test their weapons, and then advertise their products in arms trade showrooms as ‘battle tested’ in the field.

Private companies operating in ‘conflict’ zones are often not subject to the same laws and treaties governing states making it even more difficult to hold perpetrators of crimes responsible, and move away from impunity.

“In places of armed conflict where International humanitarian law applies, the obligation to respect and ensure respect is for “high contracting parties” i.e states. Even though there have been several attempts to start regulating the work of Private Military and Security companies (PMSC) such as the Montreux Document, and some efforts on self regulating such as the International code of conduct for private security service providers, things are only in the first steps.”

The global Boycott, Divestment and Sanctions (BDS) movement (see handbook here) is increasing pressure against weapons companies who are profiting from the occupation. In August, 2011, members of Palestinian youth movement, Hirak Shababi, symbolically delivered a Palestinian call for military embargo on Israel to the United Nations office in Ramallah.

Youth activist Aghasan said: “We face Israeli repression and violence on a daily basis. Our generation has grown up under occupation and seeing friends and relatives killed, injured or imprisoned. We demand that the international community stops funding and profiting from the military and security apparatus that sustains the colonial Israeli apartheid regime. All trade and cooperation must stop. Young Palestinians demand a comprehensive military embargo now.”

The Smash EDO campaign in Brighton, UK, is a great example of local resistance to illegal arms trade at the point of production in Europe. In an article recently published in Electronic Intifada, Jessica Nero, BDS and anti-arms trade activist and researcher, wrote about some of the groups’ tactics; using direct action at a community level as a means to legally challenge an international weapons manufacturer, exposing corporate complicity in war crimes in the process.  Jessica spoke about one of their biggest successes saying:

“The biggest success so far came in 2010, when nine defendants were found not guilty of criminal damage after breaking into EDO and smashing it up “to the best of their abilities” as a response to Israel’s Operation Cast Lead in Gaza during winter 2008-09.  After hearing all of the evidence, a jury acquitted the activists on the basis that they had acted with the intention of preventing war crimes against Palestinians.”

Paddy Clark is an activist and writer living in the West Bank (name has been changed).