One of the Palestinians was seriously wounded and hospitalized in intensive care; eyewitness: Today I saw a lynch with my own eyes. 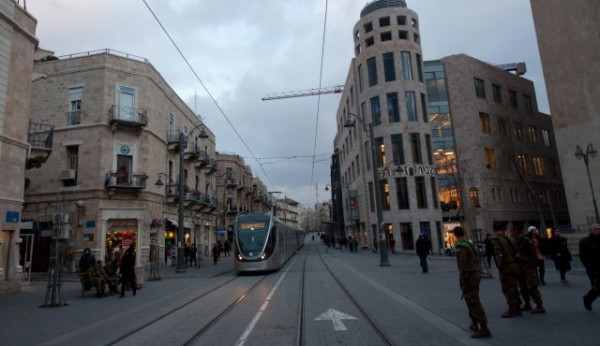 Dozens of Jewish youths attacked three young Palestinians in Jerusalem’s Zion Square early on Friday morning, in what one witness described as “a lynch” on Facebook.

One of the Palestinians was seriously wounded and hospitalized in intensive care in Hadassah University Hospital, Ein Karem. Acting Jerusalem police chief, General Menachem Yitzhaki, gas set up a special team to investigate the incident and detain the suspects.

The three were allegedly attacked by youths shouting “Death to the Arabs” at them, as well as other racial slurs. One of them fell on the floor, and his attackers continued to beat him until he lost consciousness. They subsequently fled from the scene.

Within a short period of time rescue volunteers and Magen David Adom rescue services arrived on the scene, and found the victim with no pulse and not breathing. After a lengthy resuscitation attempt, he was transferred to hospital.

Writing on her Facebook page, one eye witness decribed the attack as a lynch: “Its late at night, and I can’t sleep. My eyes are full of tears for a good few hours now and my stomach is turning inside out with the question of the loss of humanity, the image of God in mankind, a loss that I am not willing to accept.”

“But today I saw a lynch with my own eyes, in Zion Square, the center of the city of Jerusalem ….. and shouts of ‘A Jew is a soul and Arab is a son of a –,’ were shouted loudly and dozens (!!) of youths ran and gathered and started to really beat to death three Arab youths who were walking quietly in the Ben Yehuda street,” the witness wrote.

“When one of the Palestinian youths fell to the floor, the youths continued to hit him in the head, he lost consciousness, his eyes rolled, his angled head twitched, and then those who were kicking him fled and the rest gathered in a circle around, with some still shouting with hate in their eyes.”

“When two volunteers [from local charities] went into the circle, they tried to perform CPR the mass of youths standing around started to say resentfully that we are resuscitating an Arab, and when they passed near us and saw that the rest of the volunteers were shocked, they asked why we were so in shock, he is an Arab. When we returned to the area after some time had passed, and the site was marked as a murder scene, and police were there with the cousin of the victim who tried to reenact what happened, two youths stood there who did not understand why we wanted to give a bottle of water to the cousin of the victim who was transferred to hospital in critical condition, he is an Arab, and they need don’t need to walk around in the center of the city, and they deserve it, because this way they will finally be afraid,” she added.