Taking BDS to the streets 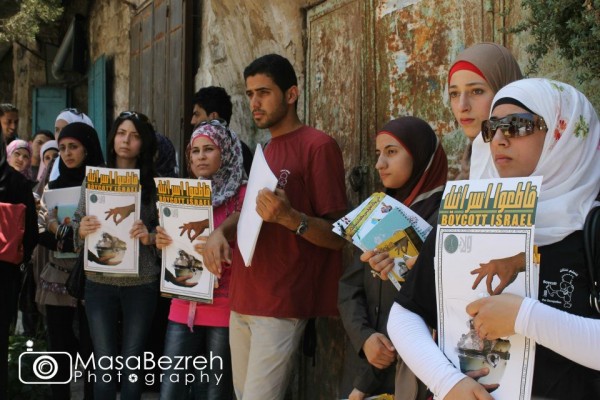 On July 26, youth activists in Nablus, in connection with the Tanweer Center for Enlightenment and Dar Al Qandeel association for arts and culture, kicked off a campaign to encourage residents of Nablus to boycott Israeli products this Ramadan and beyond.

Because people tend to purchase more products during Ramadan, the activists resolved that the month would be a perfect time to encourage the masses to resist Israeli occupation through boycott.

Activists met on Monday, July 23 to discuss what their new campaign would look like. It was decided that the campaign would focus first on the old city of Nablus, a densley populated area that acts as the commercial center. The discussion included deliberation over how best to encourage people to begin boycotting in Ramadan, and to continue afterwards. 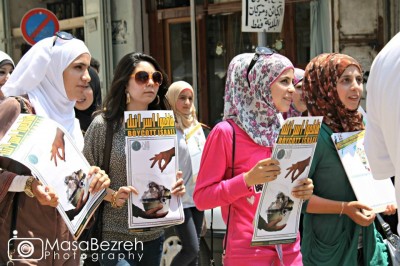 The Tanweer Center provided Boycott, Divestment, and Sanctions Movement (BDS) newspapers, as well as Ramadan calendars with a call for boycott displayed on them. The campaign has already planned 3 days of presence in the old city, followed by a meeting for reflection before continuing to other areas of Nablus.

Over 25 activists participated in the first day of canvassing, with largely positive feedback from their interactions with residents. Many of the old city’s residents were unaware of the growing campaign and interested in participating in a further form of resistance.

Alaa Abu Sah, a member of Dar Al Qandeel, said that the new campaign in Nablus is part of a larger effort. Tanweer is one of 20 centers participating this Ramadan, and the intentions reach beyond boycotting. Abu Sah believes that BDS will contribute to development in Palestine, strengthening economic and cultural aspects in Palestine.

In 2005, Palestinian Civil Society Organizations called for boycott, divestment, and sanctions against Israel until it 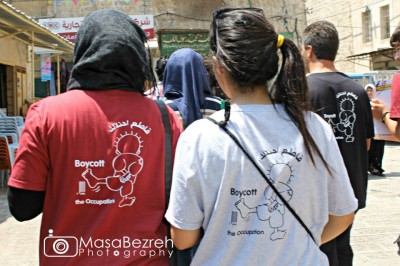 complies with international law and universal principles of human rights by:

1. Ending its occupation and colonization of all Arab lands and dismantling the Wall 2. Recognizing the fundamental rights of the Arab-Palestinian citizens of Israel to full equality; and 3. Respecting, protecting and promoting the rights of Palestinian refugees to return to their homes and properties as stipulated in UN resolution 194

More can be read about the BDS Movement and the original call here.