Five Palestinian men were arrested by the Israeli Occupation Forces (IOF) in a night raid inside the old city of Nablus on Saturday, July 28. Tear gas and sound bombs were used against families and civilians protesting the arrests. 19 young men suffered asphyxiation and were taken to hospital. Israeli soldiers remained inside the city until 6 a.m. terrorizing residents. 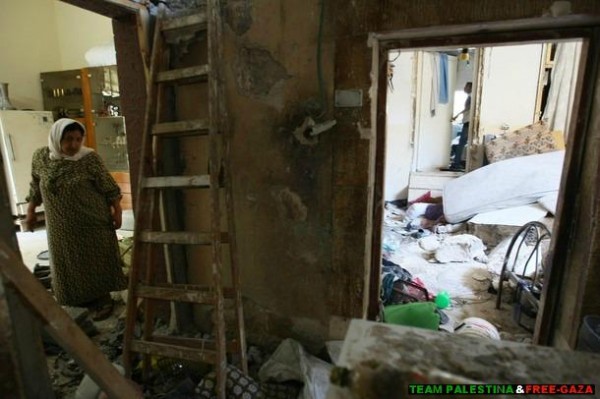 Military incursions in Nablus, which is located in Area A and therefore under Palestinian military jurisdiction, are breaches of the Oslo Agreement, but nonetheless occur regularly. As always in occupied Palestine, human rights and agreements take the back seat to Israel’s political desires.

Among the families who were particularly afflicted by the night raid was the al-Kharuf family. At 2 a.m. their home was attacked by Israeli soldiers shooting tear gas at the 9 inhabitants, 5 of whom are children under 12 years old. The children were terrified by the attack and have now been sent to stay with relatives outside the city. An elderly woman had to go to the hospital after suffocating from the tear gas.

The IOF entered the house, where they seized Walid Kharuf. He was questioned on the whereabouts of his brother Omar and was severely beaten. When Walid claimed he did not know where his brother was, he was threatened by the commanding officer, “if you are lying and I find you brother here, I will destroy the house.”

The Kharuf home was turned upside down in the search for Omar, who was eventually found. After arresting the 23 year old young man, Israeli soldiers ordered everyone outside while they applied a bomb to one of the walls in the house. The blast that followed tore a hole in the house and devastated the room in which it was placed. 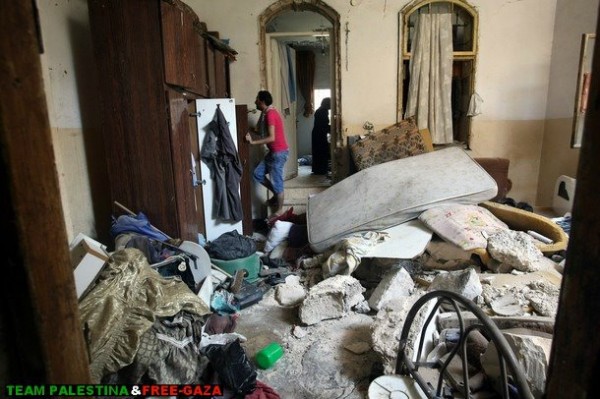 All of Saturday the Kharuf family was busy clearing their home of rubble and broken furniture scattered throughout the house.

“So now we are homeless,” Walid solemnly noted, surveying the damage to his home.

Jonas Webber is a volunteer with the International Solidarity Movement (name has been changed).