New
Home / In the Media / Campaign: A message from Moira Jilani

Campaign: A message from Moira Jilani

My beloved husband, Ziad Jilani, was executed by Israeli Border Policeman, Maxim Vinogradov on June 11, 2010. There is undeniable evidence that my husband was lying unarmed and wounded on the ground, posing no threat when Israeli Border Policeman Maxim Vinogradov shot him point blank in the head. Despite the multiple contradictions, revisions and blatant lies in the testimony of the soldier who killed him, exposed by the autopsy, the Israeli authorities have closed the case against Maxim Vinogradov and his commander Shadi Kheir Al-Din. 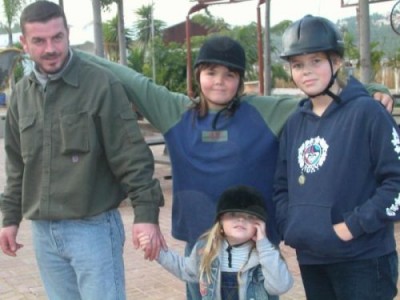 The closing of the case against Ziad’s killer is a clear message to Israeli soldiers: simply claim that you suspect a Palestinian is a terrorist and you will not be held accountable if you execute him or her. My daughters and I have appealed to the Israeli Supreme Court to demand Israel’s state prosecutor bring criminal charges against Ziad’s killer and his commander. We seek international support, not only to get justice for Ziad but also to save the lives of future potential victims by sending Israeli soldiers the message that they can be held accountable for killing innocent people. Help us change this message.

Email killingwithoutconsequence@gmail.com if you can organize a memorial for Ziad in your city on June 11th.

June 11, 2010 started off like almost any other day, except that before Ziad left he mentioned to me that we had not taken our three girls anywhere since they finished their exams. He thought that they deserved an outing of their choice. After kissing me goodbye, he turned one last time to remind me to speak with them and decide where they thought they would want to go. Ziad told me to make sure that we be packed and ready when he honked his horn to signal us to grab our gear and head down stairs to his pick-up truck.

Unfortunately, he never made it home. That was the last time I ever saw my husband.

We had to conduct our own investigation to find out how my husband died. The alternative was the propaganda that he was a “terrorist.” We set off not only to prove my husband’s innocence, but also to unravel the lies that were being conveyed to the media.We appealed to an Israeli judge to exhume Ziad’s body, three weeks after we buried him. After the judge granted our request for an autopsy Maxim Vinogradov and Shadi Kheir Al-Din abruptly changed their testimonies, “remembering” more damning facts. As the Israeli police had not chosen to interrogate any eyewitness other than the soldiers involved, we requested independent eyewitness go to the police. 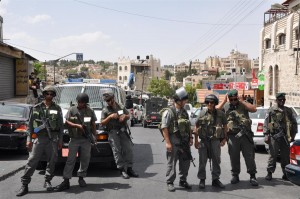 The subsequent investigation concluded that Ziad was driving home from the Friday prayers at al Aqsa Mosque. In Wadi Jouz, a neighborhood in occupied East Jerusalem. The lane to the Al Aqsa Mosque was closed by the Israeli Army and Border Police, while the lane from the mosque was cramped by cars, bumper-to-bumper. A stone, possibly from a nearby demonstration, hit Ziad’s windshield and he pulled into the empty lane, where a group of Border Patrolmen were walking on the road. The pickup truck apparently hit some of the soldiers causing light injuries. Only one soldier was hospitalized with scrapes. The Border Policemen immediately opened massive fire at and into Ziad’s truck. The shooting hit other vehicles and injured a little girl sitting in a nearby car. Ziad fled from the bullets, seeking shelter in a nearby dead-end alleyway where his uncle lives. Three Border policemen ran forward firing into the alley.

Ziad leapt out of the truck and ran in the direction his uncle’s house. He was shot in the back and fell injured to the pavement. Border Policeman Maxim Vinogradov then walked up to my husband, put his M16 to Ziad’s head, and fired three shots. According to an eyewitness, Maxim Vinogradov had his boot on my husband’s neck and was screaming at him in Hebrew when he shot him. 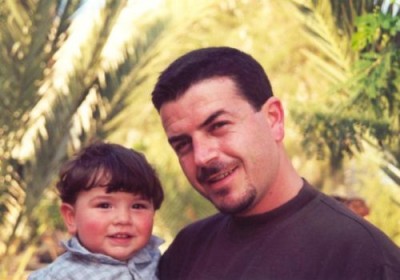 Twelve days before Maxim Vinogradov executed my husband, Israeli commandos had raided the Mavi Marmara, a Turkish ship carrying aid to Gaza, while in international waters, shooting dead nine of its passengers. On that day, Vinogradov responded to a Facebook post of his friend, Avi Yaacobov, which said in Hebrew “Exterminate Turkey and all the Arabs from the world.” Vinogradov replied: ” I am with you my brother and I with God’s help will begin this.” His friend replied, ”And you, knock on wood, are capable of it.” This is just one of many similar posts where Maxim expresses opinions calling for death to Arabs. Maxim is being supported in acting on his racist convictions by the impunity granted him by the Israeli authorities.

My husband loved life and enjoyed it to it’s fullest, he loved people and animals and he loved us, his family, with a passion. He was not a terrorist. My American citizenship has meant nothing to the Israeli authorities and far too little to the American government. I would like answers and to see to it that trigger-happy soldiers and police men serving in the Israeli military and border police are not allowed to kill more innocent people.

Tagged with: Killing Without Consequence campaign 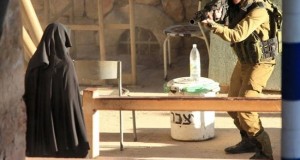