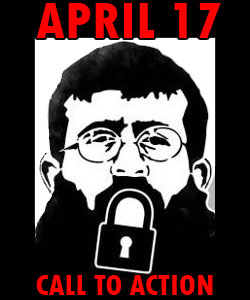 This week International Solidarity Movement is calling for international solidarity in the run up to Palestinian Prisoners Day on the 17th April.  The Palestinian prisoners struggle needs immediate international attention as Israel’s treatment of prisoners under a military judicial system starkly violates international law and fundamental human rights.  According to Addammer there are currently 4,637 Palestinian political prisoners are kept in Israeli military jails and detention centers, including 320 administrative detainees.

Some of the primary objectives of the prisoners struggle are:

Besides the suffering of individual prisoners, Israel systematically uses collective punishment towards the relatives of prisoners. The journeys to visit your husband, wife, son, or daughter may take up to 15 hours as the prisoners are systematically placed as far from their home as possible. Furthermore, visitors will face degrading processes of strip search at the borders to Israel and at the entrance to the prisons. Sometimes they even get turned away.

“All people and governments of conscience in the world have an immediate responsibility to put pressure on Israel forcing them to respect International law and human rights!” says Faris Sabbah, from Addammer, the Prisoners support and Human Rights Association.

What ever action you choose to take – please submit photos from your action to ISM at palreports@gmail.com.

You can get inspired from similar ISM campaign carried out in accordance to “Open Shuhada Street Campaign.”