New
Home / In the Media / In Photos: Bethlehem met with rain of Israeli violence

In Photos: Bethlehem met with rain of Israeli violence 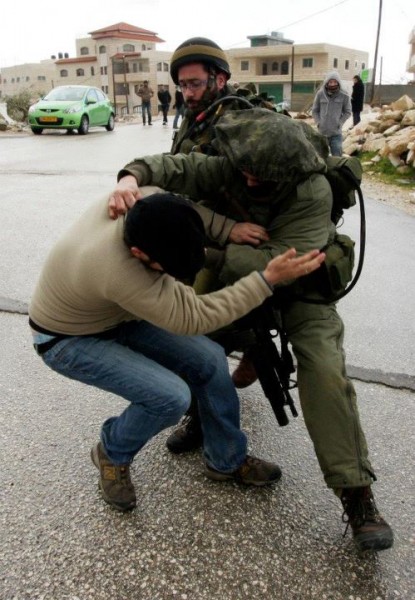 Today the weekly demo of Al-Ma’sara, near Bethlehem, was underway as dozens of Palestinians and Israelis demonstrated in  the heavy rain against the wall in solidarity with Hana Shalabi . Israeli Occupartion Forces first attacked Mahmoud Zawahre, the coordinator Of Al-Ma’sara Popular Committee, tearing his clothes before he managed to escape them. After that they started attacking people with their batons and  arrested four Israeli activists. They were later released. They  also broke the camera of journalist, Musa Alshaer. After that they broke the glass of one Palestinian car.
Apartheid Wall Arrests Bethlehem Vandalism 2012-03-16
Yara