Golani Brigade rampages through the Pharmacy District of Al Khalil

The Pharmacy District, once a prosperous part of Al Khalil (Hebron) centered around the now closed pharmacy, is now subjected to the violence and harassment of the Israeli military which continues to abuse residents of this historical area. 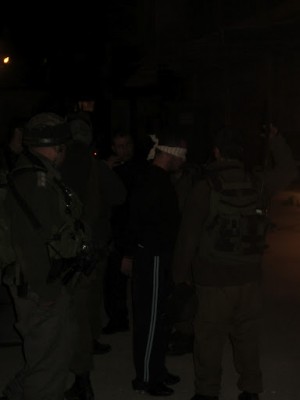 Monday night International Solidarity Movement activists in Al Khalil received a call that there was trouble in the area at the checkpoint. Four volunteers went there and witness around 100 soldiers in full combat gear and military vehicles, including 3 police cars.

“We stayed there from 9:30 pm to 11:30 pm, trying to figure out what was going on. We witnessed one arrest of a 25-year old man, who was blindfolded and put into a police car around 11 pm. He was released later that night, around 2 am. Soldiers also detained four people, and feigned shooting their guns at some of the houses,” said on international volunteer.

Thursday at noon the volunteers went to speak with Palestinians from the area about the situation with which they must cope.There international activists met a man who has a small metal workshop, who told us how the occupation makes his work a lot more difficult. Recently roadblock gate with barbed wire on was added to the checkpoint, so now people going through have to pass through a turnpike one by one. The turnpike doesn’t allow large objects to pass through, so the workers will have to wait for the soldiers to come open the gate, which can take quite a while, even in urgent situations.A Palestinian fire truck stopped at the Kaytuun checkpoint. Notice the soldier on the roof doing nothing to let it through. 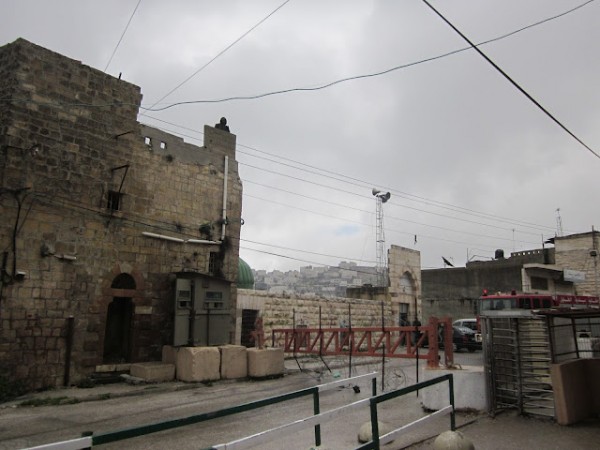 A Palestinian fire truck stopped at the Kaytuun checkpoint. Notice the soldier on the roof doing nothing to let it through.

“While we were there, a fire truck on call for an emergency came to the closed roadblock gate. A soldier on an overlooking roof, just sat there finishing his cigarette, before slowly walking to open the gate. It took four minutes before the fire truck was through, and one of the local residents said that when there were no internationals around, it could take up to half an hour,” said an ISM volunteer.

This week ISM volunteers also met  Ismael Ahmad Osman, 46,  a father of  four sons and two daughters. He told ISM that the soldiers often harass the people in the area. There were soldiers searching the houses multiple time during the weekend, and on Saturday they were especially rough to him and his family.

Ismael went with his 20 year old son to buy groceries, and on their way back, a group of soldiers took the son away for questioning and a body search. There they beat him, and because he defended himself, they beat him even more. His father heard it, and rushed in, and they stopped only because he apologized for his son’s behavior. As he recalls it, it was very undignified having to apologize for his son getting beaten up. 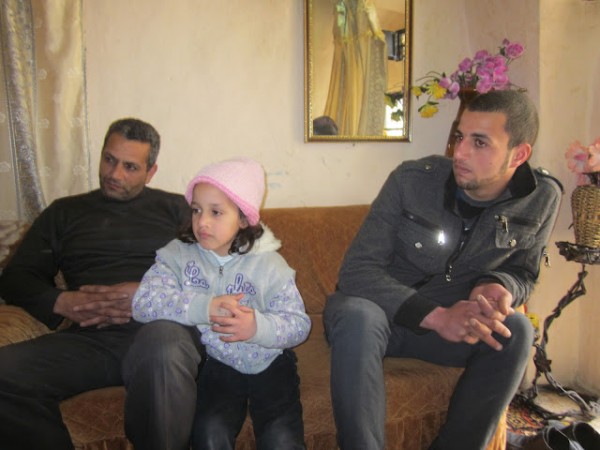 Ismael Ahmad Osman with his son and daughter.

“The simplest human right is to go inside your house with dignity,” he said, before continuing his story.

10 minutes after he got home, the soldiers from the notorious Golani brigade came back, searching his house, handcuffing and beating his four sons, before turning on Ismael himself.

In front of his 2 small daughters he was beaten badly, and when he asked for his medication, they allowed him only some of it, denying his wife to give him his asthma medicine as well.

Following more beatings, including kicks in the ribs and hits on the shoulder with the butt of the soldiers’ guns, he went unconscious and fell to the floor, before the soldiers gave him an injection and allowed his family to send for an ambulance. Three of his sons followed him to the hospital, where the x-rays showed a broken rib.

When ISM volunteers met him five days after the attack, his arms still had large bruises.

When they got back from the hospital to their family house, the soldiers were still there. They had handcuffed the son who stayed behind to try and calm the family. He was beaten some more before they blindfolded him and forced him into a jeep. They drove him to a village on the outskirts of Hebron, took off his handcuffs, and kicked him out, still blindfolded, not knowing where he was. He managed to stumble to a nearby house, where the family there drove him home.

“The next night they came again, searched the house and beat up the sons once more,” Ismael says with a sad smile as he finishes his story. The recent events have been hard for him and his family; the two daughters are very scared and since then, they have been wetting their beds at night.

This is unfortunately only one of many recent examples of excessive soldier violence against Palestinians.

Rune is a volunteer with International Solidarity Movement (name has been changed).