Al Walaja: Tunneling to get home 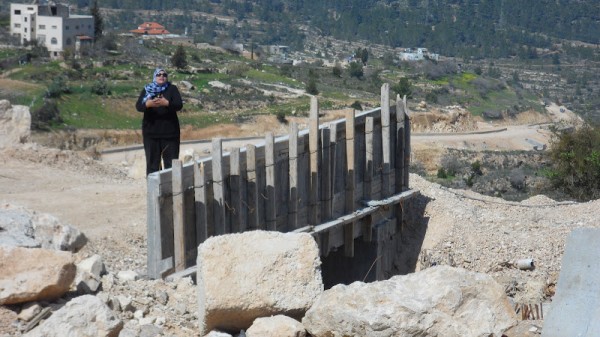 Some Palestinians and Internationals gathered in the village of Al Walajeh on International Women’s Day to show solidarity to Omar and his family, especially his wife ,whose health has suffered from Israeli occupation in the small village.

Sherinne Alaraj of the local Popular Committee explained to internationals the circumstances of the family. Over a dozen individuals toured with her, learning of the family’s forced separation from their village.

The Apartheid Wall under construction in the village will leave the home of Omar and his family on the “wrong” side and separate it from the rest of the village. The Israeli military has thus constructed a “private” tunnel for the family to use in order to access their home from the village.  This tunnel is being dug up at the moment, and due to the heavy rains of last week, the family home was severely flooded. 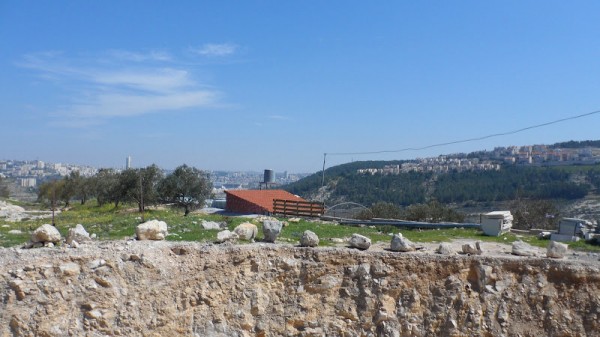 This is the price the family has to pay for having refused to leave their house. When the wall is finished, they will be surrounded by 4 electric fences.

The constant harassment from the occupation forces and the construction of the wall seriously affected the health of a woman residing in the house. She had a nervous breakdown, and the stress made her lose her sight for 3 months. When asked what her biggest fear was, she responded, “The kind of men my children will grow up to be in these circumstances.”

Occupation forces and police were present, telling us we were not allowed to assemble at the home. As Al Walajeh is officially part of Jerusalem, military law does not apply here. The situation of the village is quite special, as the land was annexed to Jerusalem, but not the people, who are therefore considered as “present absentees”, staying illegally in their own houses.

Two weeks ago, 14 demolition orders were handed out, and the village counts at least 100 in total.

Ramon Garcia is a volunteer with International Solidarity Movement (name has been changed).