After much injustice, Beit Dajan debuts its peaceful resistance

Several hundred villagers gathered today in Beit Dajan to the first ever demonstration against the roadblock that has been obstructing access to the village since the beginning of the second Intifada. The peaceful demonstration was met with a heavy tear gas from the Israeli military. Since 2000, the main road from Beit Dajan to Nablus has been blocked by the military. 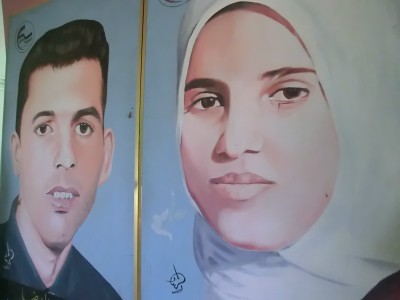 The village of about 4000 inhabitants is located only 9 kilometers from Nablus, but it wasn’t until a new road was built in 2005 that the villagers could access their closest city without taking a 60 kilometer detour. However, even with the new road, travelling to and from Nablus still takes twice the time it used to. It wasn’t until 2009 that anyone could go to Nablus after 5pm without coordination with the District Coordination Office, the link between the PA and the Israeli military.

Not even ambulances have been let through at the checkpoint which has led to a lot of complications with the health care in the village.

Education has also become a problem because of the logistical difficulties set by these Apartheid roads and checkpoints. And water supplies are cut because of the roadblock, forcing the village to now import expensive water from the Jordan Valley. And as if this is not enough, the village has suffered four deaths at the roadblock. 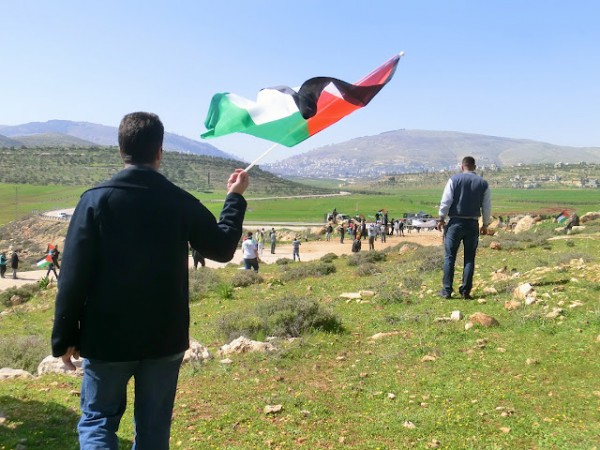 Demonstration by the roadblock in Beit Dajan March 9th 2012

“It’s nice to see that it’s just Palestinian flags in this demonstration,” says one of the Israeli activists. “All these party flags are breaking up the popular resistance.”

After the noon prayer the villagers huddled up in cars and vans and drove to the roadblock just a few kilometers out of town. In an orderly manner the demonstration marched towards the roadblock.

When the people of Beit Dajan reached the intersection where the roadblock stands they were met with tear gas thrown towards them. There had been no provocation for this and several of the Israeli activists hurried across the roadblock to question the behavior of the soldiers. The protestors on the other side of the gate tried to stay as close to the roadblock as possible while dodging the tear gas and sound grenades thrown at them. Several tear gas grenades were successfully thrown back at the soldiers. The barbed  wire on the road block was pulled out of the way as the hundreds of demonstrators advanced towards the roadblock. After a while the military switched to firing tear gas from guns and jeeps. One of the Israeli activists said that he had seen the soldiers aiming towards people in the demonstration. 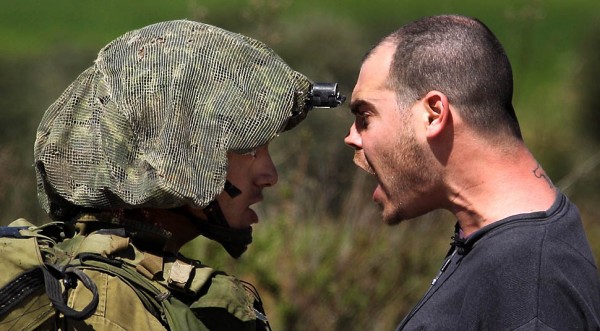 An Israeli protester argues with an Israeli soldier during clashes between locals and Israel military, at a protest against the closure and for the removal of a gate at the entrance of Beit Dajan village, that has been shut since 2011, near Nablus. | Photo courtesy of Alaa Badarneh / EPA

Some people suffered from different degrees of tear gas inhalation but fortunately no one was seriously injured. At 13.22, when the demonstration had been going on for about an hour, the soldiers crossed the roadblock and formed a line on the road, pushing
protesters back. Shortly after this the demonstration was dispersed by the organizers who reasoned that their message had come across clearly enough.

Not a single stone was thrown during the demonstration. Despite this the reaction of the military was just as violent callous as
always.