Shuhada Street in Hebron today may become the scene of a confrontation, as hundreds of left-wing Jews and Arabs are expected to march there to protest the closure of Shuhada Street from Palestinians. Police and army will attempt to keep order.

At 12:00 today (Friday) hundreds of leftists, anarchists and Palestinians are expected to arrive  in Hebron, walk along Shuhada Street, which is closed to Palestinians. Security forces are preparing for the demonstration and are trying to prevent it from sliding into serious violence and keeping the peace.

Right-wing activist Baruch Marzel, commented on protesters Issa Amr and others, stating: “I expect the security forces to deal with terrorist Issa Amro and all partners who attack IDF soldiers… Issa Amro has been rampamtly inciting for years against the IDF soldiers, and no one does anything to him. ” 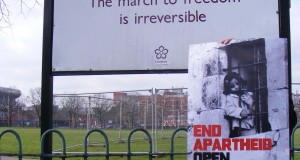