Asira al Qibliiya: “The time for settler attacks is now” 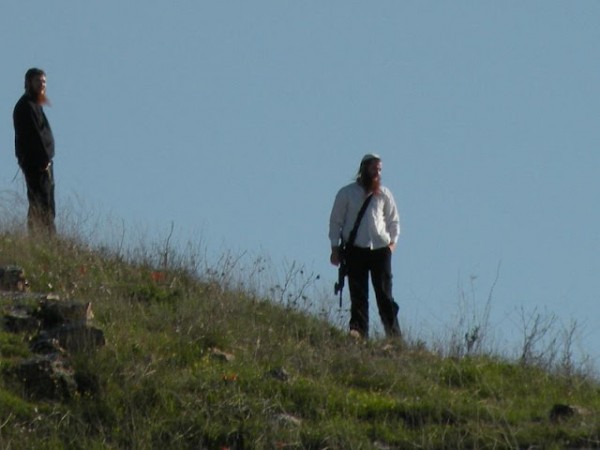 The season of settler violence – Click here for more photos

As warm days sneak into this cold month of February, illegal settlers begin their season of attacks early. Although there is no “off season” for settler attacks, the number of these criminal acts increases in the spring and summer. The residents of Asira al Qibliiya unfortunately have the experience to believe the attacks will only increase.

This was evident as a group of 20 settlers from Yitzhar illegal settlement descended on Asira on a beautiful Saturday afternoon on February 11, 2012. It was approximately 3:30 PM when the settlers gathered on top of a hill overlooking Asira and stood only a couple hundred meters from residential homes.

They were armed and dangerous as they drew closer and closer to one of the homes, but fortunately crowds of locals gathered near the home and the settlers retreated back up the hill. Within a few minutes Israeli Occupation soldiers joined the group of settlers with two army jeeps and at least four soldiers were on foot. Also joining in support were two settlement security jeeps.

This is the second settler attempt to attack Asira this year. The last attack on Asira was during the early hours of December 12, 2011. By the end of this act, three homes and a bus were damaged as reported by Ma’an News Agency.

The average weekly settler attacks have already increased in 2012. The UN Office for the Coordination of Humanitarian Affairs (OCHA) has documented an increase to eight attacks the first week of February from five attacks the beginning of the year.