by Samar and Meriem

ISM has been following the situation of the Al Kurd family from Sheikh Jarrah since 2009 and has kept a presence in the garden of their home.

The Al Kurd family is of five other families targeted by these evications.  The Fawziya Al Kurd family was evicted 9 November 2008. And the Ghawi and Hanoun families were evicted on 3 August 2009.

The Nabil Al Kurd family was evicted from one of their houses on 3 November 2009, and settlers finally moved in on 1 December 2009. 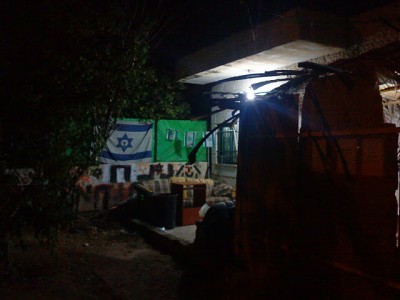 On December 4th  Nabil Al Kurd and his mother, accompanied by international and Israeli activists went to the Court of Magistrate in Jerusalem and sat in the courtroom. After 40 minutes of intense argument between the lawyer of the family and the lawyer representing the Jewish committee, the decision left the Al Kurd family with 2 options regarding their home.

The first option would involve paying rent from now in addition to the amount of “years of rent” and signing a paper stating that the Israeli government, being the owner of the land, would not need any kind of authorization if they decided to use the land. If the family refuses to fulfill the conditions of the first option, they would face the second option:  the family would could be evicted at any time.

The judge gave them 30 days from the time of the court hearing to decide which option they want to follow. By choosing the first option the family that lives in this house since 1959 and were declared owners of their home by UNRWA, would handover their ownership to the Zionist community. The second option means giving up any little hope left to keep their house. 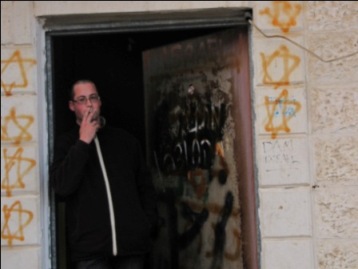 A Zionist settler occupying a home in Sheikh Jarrah

UNRWA recognized  the house as property of the Al Kurd family and owners of the land on which it is built.  However, Zionist organizations, with the support of the Israeli legal system are trying to colonize  Sheikh Jarrah and what is left of East Jerusalem. The Israeli government continues its goal of judaization (and de-arabization) by openly exercising  ethnic cleansing: that is, they wish to gain more land with as little arabs as possible.

Activists from all over the world have established a nightly presence in sheikh Jarah to protect the family from settlers attacks but also to show support and solidarity to all Palestinians living in Sheikh Jarrah.

Samar and Meriem are volunteers with International Solidarity Movement (names have been changed).