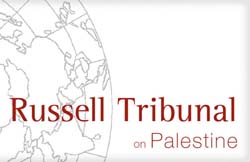 The Russell Tribunal on Palestine and its eminent panel of jurists has determined that Israel’s practices against the Palestinian people are in breach of the prohibition of apartheid under international law. Following two intense days in Cape Town listening to testimony from expert witnesses, the Tribunal concluded unanimously that “Israel subjects the Palestinian people to an institutionalised regime of domination amounting to apartheid as defined under international law.” The jury reached this conclusion having paid particular attention to the legal definition of apartheid and ensuring that each of the defining criteria was met. This included the following facts: “(i) that two distinct racial groups can be identified; (ii) that ‘inhuman acts’ are committed against the subordinate group; and (iii) that such acts are committed systematically in the context of an institutionalised regime of domination by one group over the other.” They considered in their judgment the widespread evidence of, inter alia, “targeted killings”; the “use of lethal force” against peaceful demonstrators; and the torture and ill-treatment of Palestinians.

The Tribunal declared that although “the Palestinians living under colonial military rule in the Occupied Palestinian Territory are subject to a particularly aggravated form of apartheid” the latter extends to Israeli treatment of Palestinian citizens within Israel, and that “Israel’s rule over the Palestinian people, wherever they reside, collectively amounts to a single integrated regime of apartheid.”

The Tribunal also held that there were sufficient grounds to declare that another Crime Against Humanity is also being committed by Israel and that is the crime of persecution. This involves “the intentional and severe deprivation of fundamental rights of the members of an identifiable group in the context of a widespread and systematic attack against a civilian population.” It concluded that the crime of persecution could relate to several Israeli acts, including “the siege and blockade of the Gaza Strip as a form of collective punishment of the civilian population; the targeting of civilians during large-scale military operations; the destruction of civilian homes not justified by military necessity; the adverse impact on the civilian population effected by the wall and its associated regime in the West Bank, including East Jerusalem; [and] the concerted campaign of forcible evacuation and demolition of unrecognised Bedouin villages in the Negev region of southern Israel.”

While the Tribunal has no legal status and is a purely civil society initiative – “a court of the people” designed to be a “citizen-based Tribunal of conscience” – its jurors  are nonetheless made up of individuals of sufficiently high calibre, expertise and experience for its judgment to carry a lot of weight. It is hoped that this judgment will go some way to expose the crimes being committed by Israel; to inform the public who may be unaware of some of the most pertinent issues; as well as to exert pressure on global institutions and decision-makers who have thus far failed to take a strong enough stance in the face of Israeli crimes against humanity.

In terms of the legal consequences of the judgment, the Tribunal has called upon Israel to “cease its apartheid acts and its policies of persecution and offer appropriate assurances and guarantees of non-repetition”, as well as to make reparations and pay compensation to Palestinians for the damage it has caused. They call upon the international community to fulfill its individual and collective duty “to cooperate to bring Israel’s apartheid acts and policies of persecution to an end”, including by ending any aid or assistance being given to it.

In their recommendations the Tribunal members also call for the following: the Prosecutor of the International Criminal Court to initiate an investigation into the international crimes being committed by Israel; Palestine to accede to the Rome Statute of the International Criminal Court; and the UN General Assembly to convene a special session “to consider the question of apartheid against the Palestinian people” including considering the roles of individuals, organisations, corporations and all public and private bodies which have been material in assisting Israel in its apartheid policies.

An in-depth MEMO report on the Tribunal as well as interviews with several key members of the jury will be available on the MEMO website in the coming days.

See full summary of the judgment produced by the Russell Tribunal

Final Note:
“The Israeli Government was invited to present its case before the Tribunal but chose not to exercise this right and provided no answer to correspondence from the RToP”