Today in the Wadi Hilweh neighborhood of Silwan, the Sumarin family awaited a ruling from Israeli court on the pending eviction from their home. 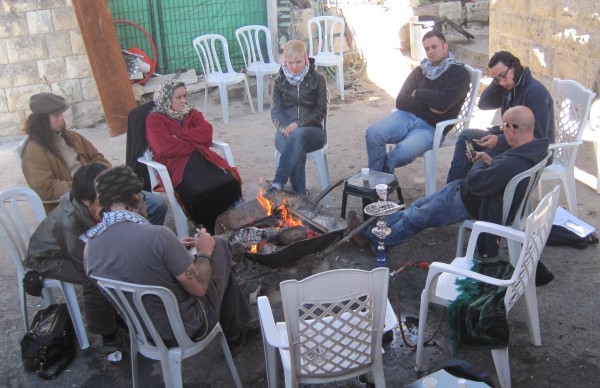 Members of the Sumarin family awaits court decision with solidarity activists from Japan, Sweden, Spain, US, and Israel.

Israeli news reported this week that the current eviction set for this week had been delayed. But according to the family, their attorney had not yet received an official ruling. Until today.

According to the Wadi Hilweh Information Center, approximately 60% of the houses have received demolition notices in Silwan – a town in East Jerusalem with a population of 55,000 Palestinians. The Elad Association is a wholly owned subsidiary of the American nonprofit Jewish National Fund which is working to evict and destroy Palestinian homes to make way for the expansive City of David excavation project.

Twelve family members including five children currently live in the Sumarin family home. Today international activists from the International Solidarity Movement and other solidarity groups joined the family outside the home in protest of the eviction. A twenty-four hour presence was planned until the eviction was postponed or canceled.

Wahed Rejol is a volunteer with International Solidarity Movement (name has been changed).