New
Home / Photo Story / In Photos: The survival of olives

In Photos: The survival of olives

The olive harvest started in theWest Bankin early October and will continue in some villages until mid-November.  Olives have been cultivated in Palestinian land for thousands of years.  Around 95% of the harvest is used to make olive oil, with the remainder for pickles, table olives, and soap.  The harvest is worth around 364m shekels (£64m) a year to the fragile Palestinian economy, struggling under the burden of occupation.  Up to 100,000 families depend upon the olive harvest for their livelihoods to some extent, according to the UN.

Olives are also symbol of Palestinian culture and a connection to the land.  Olive picking contains a strong political dimension; particularly in villages which are vulnerable to settler attacks and interference from the Israeli military. 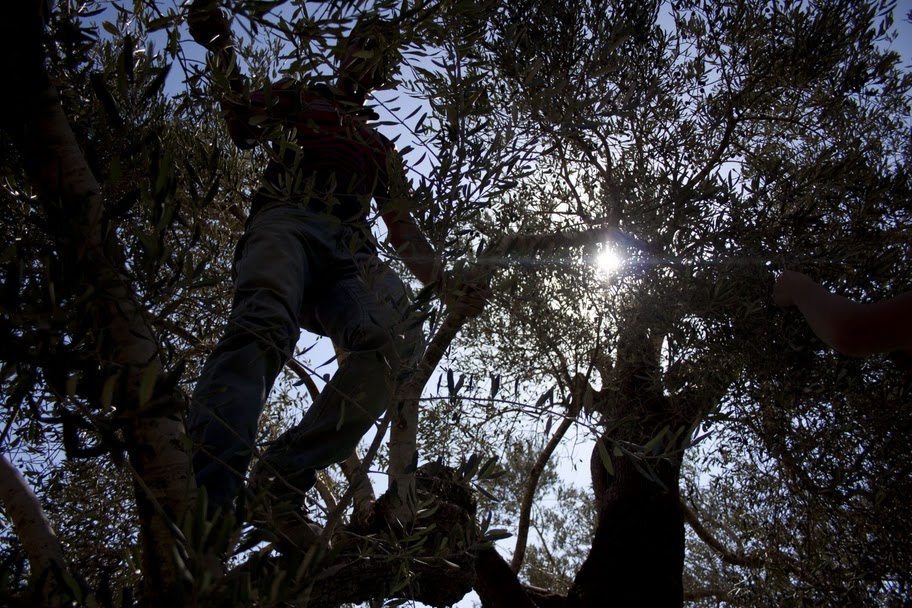 Settler attacks on olive groves have escalated in recent years.  In previous harvests settlers have fired live ammunition at olive farmers and have burnt and uprooted thousands of trees.  Israeli security forces are often unwilling to intervene during settler attacks and they regularly interfere with olive harvests, forcing farmers to seek permission to pick olives on their own land and only granting short periods to complete picking over large areas.  Even when permission is granted, the Israeli military may still arbitrarily force olive farmers to cease picking; often offering no reason or falsely declaring ‘closed military zones’.

The presence of international volunteers to document and use non-violent action to intervene can reduce the threat of violence from settlers and the Israeli military.  It is also a vital expression of solidarity with beleaguered Palestinian farmers.

Whilst the heavily armed settlers often attack olive farmers with impunity, the Palestinian farmers have limited means to protect themselves.  As Ibrahim El-Buriny, a 27 year old olive farmer from Burin, says “We don’t have anything to protect ourselves except a rock, our heart and God.”  El-Buriny remains defiant in spite of the mounting pressure he faces, “The land is like our mother and father.  We can’t leave our land and who would?”