New
Home / Hebron / From the clothesline to her son, Hebron mother copes

From the clothesline to her son, Hebron mother copes

On Thursday 13th October Mohammed Maher Abu Rumaila was arrested by the Israeli Army as he was returning to his home in Hebron’s Old City. The Israeli army alleged that Mohammed had been throwing stones in the Old City the day before Wednesday and he is now being held in Gush Etzion Prison.

“Mohammed was arrested in the street. The Israeli’s said he had thrown stones, but he didn’t. He was working in Israel at the time they say he was throwing stones.”

The 20 year old’s family believes he will appear in Court on Sunday 16th October 2011. Fatihia explained that the family cannot afford to pay for a lawyer, and therefore Mohammed will be represented by a lawyer from the Prisoners Club. She feels “heartbroken, sad and scared,” and all she can do is hope for justice.

Fathia says:”I am afraid of letting my children leave the house but what can I do forcing them to stay in side will just create another prison for them.”

The court of Mohammad was postponed until the 23rd of October, which is a very common used procedure of the Israeli court system continuing postponing courts. He has been taking to Ofer prison where he properbly will stay until his court. 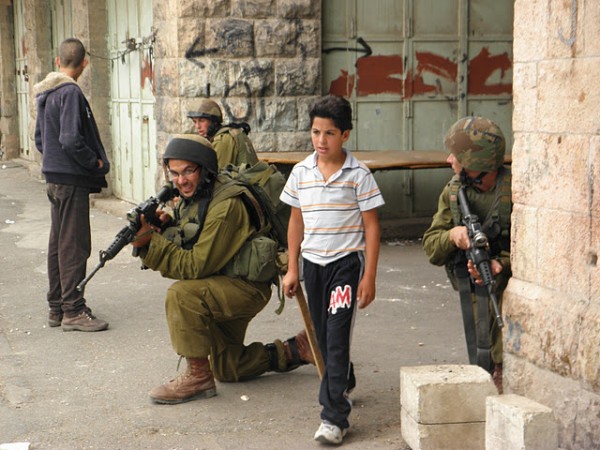 Fatihia and her family live in the heart of the Old City, an area known for it’s confrontational and violent Zionist settlers, she says.

“We are suffering from the Jewish settlers. They throw stones at us about twice a month, and they steal our clothes from our clothes lines.”