A peaceful protest against the construction of the apartheid wall in the village of Al Walajah was brought to a violent end by the Israeli army this morning with five arrests.

At 09:00 AM a group of Palestinians, Israelis and international activists walked through the village’s threatened olive groves to where the Israeli diggers were destroying a road, which was funded by the EU to facilitate the villagers’ access to their land.

The protesters attempted to block the digger from reaching the olive groves but were met by fifteen Israeli soldiers, who proceeded to arrest an Israeli activist. The protest continued peacefully for fifteen minutes before the assault and arrest of a Palestinian villager and another Israeli protester. An international activist, David White, who witnessed the arrest said “the Israeli soldiers used disproportionate force to arrest the man, he was screaming – they seemed to be causing him a lot of pain, it was horrible to see.”

Al Walajah is already surrounded by the apartheid wall on three sides; if planned construction on a fourth side continues the village will retain only 1800 dunams of their original 13000. A map of the area reveals the extent of the separation barrier surrounding the village. A legal challenge has been mounted by the local Popular Committee but the Israeli Supreme Court has so far refused to rule. An appeal will be heard in 14 days but meanwhile construction work continues.

The Israeli Security Commission claims the wall is necessary for security purposes, but the Popular Committee has stated its belief that “the wall is a structural displacement tool, which aims to deprive the local population of their freedom of movement and natural growth area.” 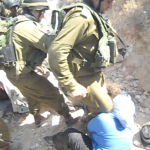 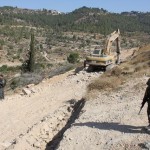 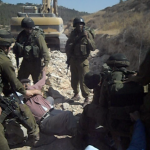 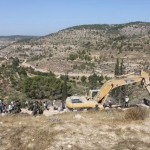 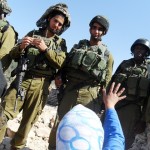